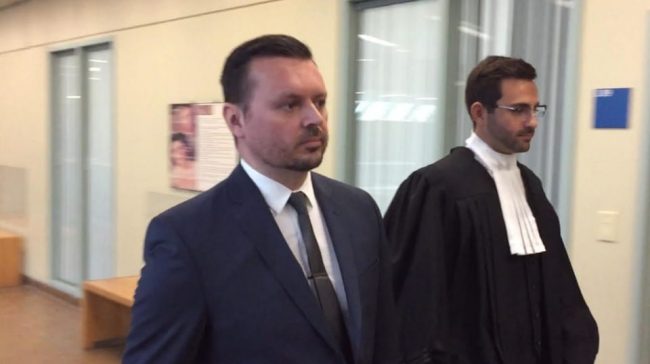 The creator of the virtual currency plexcoin, Dominic Lacroix, will serve two months in jail for contempt of court . He and his company DL Innov will also be fined $ 110,000.

Believing that this is an “extreme case of serious disobedience and bad faith,” the judge imposes the maximum fines allowed for an individual and a corporation.

Dominic Lacroix will have to pay $10,000 in his personal capacity and his company DL Innov, $100,000. He was fined for continuing to solicit investors even though a court order forbade him to do so.

The man is believed to have drawn close to $15 million to investors to whom he promised returns of about 1400%.

Lacroix is ​​in the sights of the AMF since last summer, when it was preparing to launch the plexcoin, a cryptocurrency supposed to compete with bitcoin.

Smelling a fraud, the AMF obtained a court order against Lacroix and his company to prevent the sale of this virtual currency.

In a document, Dominic Lacroix however minimizes this order.

“It’s administrative procedures ordered by a judge. We do not care about the AMF, “writes Dominic Lacroix to one of his employees.

According to the judge, the conversations show “the flippancy of the defendants”.

“The greed at the expense of investors who are promised unmatched interest rates remained the only goal of the defendants despite the decision,” says Justice Lesage.

The magistrate points out that the maximum punitive payment is necessary since Lacroix and his company have extracted millions of dollars from investors “not sufficiently informed, weak or greedy seeking easy gain”.

Dominic Lacroix’s lawyers appealed his contempt appeal. It is not at the end of his sentences since the American justice is also on his heels.

Earlier this week, the US Financial Markets Authority launched proceedings against Dominic Lacroix , 35, and his wife, Sabrina Paradis-Royer, 26.

The organization urgently requests the freezing of their assets and the confiscation of the couple’s illegal profits.