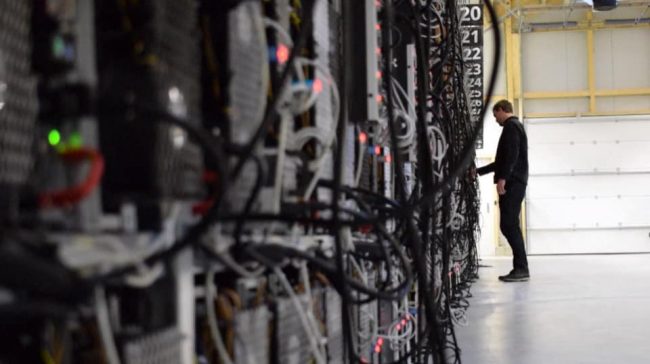 A second company specializing in cryptocurrency will settle in Sherbrooke in the coming months, confirmed the City of Sherbrooke Wednesday.

The company, who have yet to be indedifed, will consume 20 megawatts per day from a datacenter established in the former premises of Santana on the industrial boulevard.

Sherbrooke has not disclosed the investments that will be made by the company, but stresses that the power grid is not yet saturated. Remember that a similar company, Bitfarms, announced in March investments $250 million coming to Sherbrooke and a consumption of nearly 100 megawatts per day.

Hydro-Sherbrooke set itself a goal: that cryptocurrency companies do not consume more than 140 megawatts. On Wednesday, the City suggested that this goal was not yet achieved. Today it says that the goal is reached, without talking about a moratorium, since if one of the companies leaves, there will be room for others.

After having been beset by the demands of cryptocurrency miners such as bitcoin, the Brome-Missisquoi MRC and the City of Magog have instituted moratoriums on their territory to prevent the proliferation of these energy-intensive businesses.