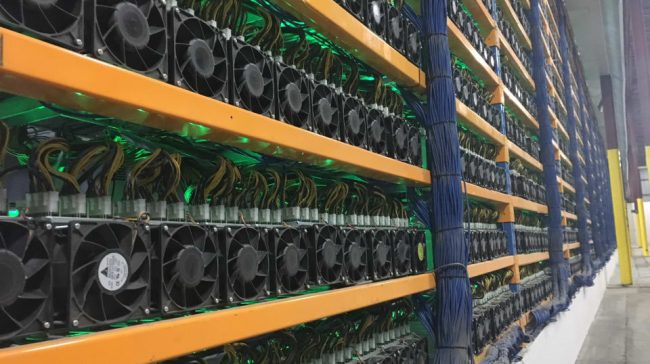 Hydro-Québec is concerned about the growth of the data processing industry related to cryptocurrency. The Crown Corporation has received no less than one hundred contractor applications totaling 10,000 megawatts.

This amount of energy represents a quarter of Hydro-Québec’s capacity, which is estimated at 40,000 megawatts.

“A phenomenon like that, at Hydro-Quebec, we have not seen that often, we have almost never seen that,” says Marc-Antoine Pouliot, spokesman for the state-owned company.

Given the exceptional number of projects received, several business applications have been put on hold. This is the case of the warehouse of David Fortin Dominguez, which consumes 85 000 kilowatt hours per month, while an average residence consumes 1400 kilowatt hours.

The contractor, who wants to open another warehouse on the North Shore, asks the Crown corporation to support this industry.

“We have electrical infrastructure, one of the most stable and cheapest currents in the world, and we are resisting an industry that is booming,” he says.

For his part, the Minister of Energy and Natural Resources, Pierre Moreau, indicates that the Crown corporation must provide energy to Quebecers during peak periods in winter. Moreover, the minister points out that the industry provides few jobs for the amount of energy required.

In some cases [the energy demanded] is higher than that of aluminum smelters, without creating many jobs.

Hydro-Québec spokesman added that several other sectors that require a large amount of energy could create more jobs.

Hydro-Québec is currently developing guidelines to determine which projects will be accepted. A precise framework could be known within a few weeks.