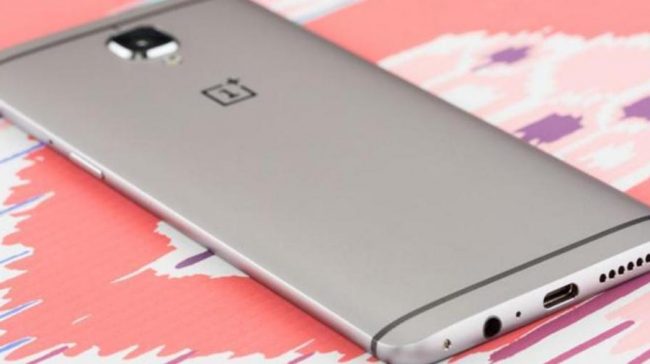 OnePlus, one of the most important phone manufacturers in China, has announced the launch of its own cryptocurrency, the Peicoin ; digital asset that will supposedly allow the company to generate a decentralized community in the blockchain, make transfers without tariffs and a deeper integration between OnePlus products.

According to information on its website, PeiCoin will be based on open source software, which will allow exclusive peer-to-peer exchanges between OnePlus users; all with the aim of becoming a platform that allows its customers to securely access the world of cryptocurrencies:

This announcement also highlights that the cryptocurrency will be released on April 1st, date that coincides with the celebration of the day of the innocents in China. It is due to this coincidence, coupled with the early announcement of the development of this cryptocurrency, that various users of social networks believe that this news is a joke that will soon be disproved:

The launch teaser has also generated reserves in the blockchain ecosystem, which is why many have begun to believe that this is clearly a mockery for the most unsuspecting. These doubts plague social networks, where users have constantly opined that this is a parody more about Bitconnect or the world of cryptocurrencies in general.

Beyond a joke or a fact, this OnePlus initiative shows how popular the cryptographic currencies have become in popular culture as well as in the commercial sector . More and more commercial industries are taking the step to adopt blockchain technologies and cryptoactives to their internal systems, as is the case of Telegram and the airline AirAsia Group who plan to launch their own cryptocurrencies.

Likewise, cryptocurrencies have also become a popular topic on a daily basis, becoming a benchmark for the financial and social reality of our communities. For example, the presence of cryptographic currencies has broken into the YouTube channel of the famous Pewdiepie by means of a parody to Bitconnect, the American comedian Jhon Oliver has also mentioned these digital assets in his show and even the very popular Ellen Degeneres also dedicated a segment of your Bitcoin program.

As if that were not enough, in the same world of cryptographic currencies and blockchain digital assets are also taken with a peculiar sense of humor; situation that has allowed the launching of different currencies clones and parodies on bifurcations, as happened recently with Monero and the very famous Dogecoin coin .

A COMPANY IN FULL GROWTH

In the event that this release is not a satire, without a doubt PeiCoin could become a very influential crypto-active in the telephone industry since OnePlus is nowadays one of the five most popular brands in India -second country The world’s most populous – and its partners, OPPO and BBK Electronics Corporation, have managed to keep high prices on the stock market and a growing smartphone market.

For example, according to Tech2 and International Data Corporation (IDC), the OnePlus new phone market reached 12% of mobile phone shipments in India in the first quarter of 2017, a phenomenon that doubled two quarters later, reaching 28%. % of the Indian market . As if that were not enough, in terms of online marketing, OnePlus managed to capitalize 62.2% of online participation in India; growing by 120% and debuting at number eight among the top 10 smartphone brands in India.

Likewise, OnePlus has been quoted at 1.4 trillion dollars in 2017, according to data in the network. And in only 5 years it has managed to position some 7 cell phones in 38 countries around the world , a feat that confirms its accelerated growth in the industry.

On the other hand, its partner OPPO – another manufacturer of phones in China – holds the fifth position of smartphone brand with better development in 2017, just below the major brands Samsung, Apple, Huawei and Xiaomi. The company managed to ship a total of 27.3 million telephones and had a growth of 12% in the whole industry, numbers that can also exemplify how big the market of these brands is.

In this sense, in a hypothetical case of real and serious adoption of PeiCoin by OnePlus and OPPO, could generate a strong front of cryptocurrencies in the telephone industry, a phenomenon that could also change the situation of crypto currencies in this commercial sector and habituate a large number of people about the benefits and characteristics of digital assets.