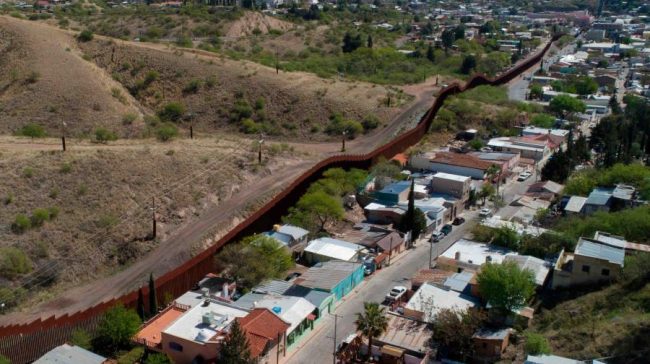 We can not consider that there is today a “bitcoin crash” but it is clear that the future of the “cryptocurrency queen” is more and more random.

Bitcoin is in a cycle that is not conducive to it

Throughout this period, the “encrypted currency queen” had to undergo two “forks” that gave birth to two new cryptocurrency: bitcoin gold and bitcoin cash. So that’s three bitcoins. It seems that a fourth version is in press. All this against a backdrop of complete revision of its blockchain software (too slow, insufficient in terms of volumes and too much energy).

Finally, it seems more and more that bitcoin, an American idea, has become a Chinese production either because of the capital invested, or because of the location of the famous farms. Democracy and “bitcoin” decentralization are taking a hit.

Added to this is the fact that the capitalization of Bitcoin is now relatively concentrated: price manipulation will therefore be more frequent. It’s a real threat to the value of bitcoin.

In other words, bitcoin is no longer an instrument of liberation from humanity against the cold and voracious monsters that are the banks. Most national and international payment techniques supplant with their speed and security all encrypted currencies starting with bitcoin.

The most advanced protocol in terms of currency circulation is Ripple, which is at odds with the “ideals” of openness, transparency and democracy of Bitcoin (in its infancy). Ripple managed to federate the biggest banks around its developments! The old “trusted third parties” still have good years to live!

Ripple managed to federate the biggest banks around its developments!
But if bitcoin is a financial asset, then it has to follow the rules set by all developed countries on the functioning of the financial markets, the rules on custody and deposit and those on the call. public savings. In this sense, the United States has decided, denying any monetary dimension to cryptocurrencies.

Will the regulation of ICO’s be fatal to bitcoin?

To avoid falling foul of US securities issuance regulations, fundraising was “diverted” in the form of subscribers’ donations of encrypted currencies and not against the return of funds in “fiat”. currencies “(or sovereign currencies). Companies using ICOs could claim that they “did not issue securities” and that they only exchanged tokens against encrypted currencies, mostly Bitcoin. As a result, the explosion of ICOs led investors to acquire massive amounts of Bitcoins in order to subscribe to Token sales.

The US financial market regulators have reacted strongly against these ICOs considering that they were disguised share issues. In July 2017, SEC investigated Ethereum’s issue of Tokens and concluded in its investigative report that “the tokens offered and sold by a virtual organization under the name” The DAO “Were securities subject to federal securities laws”.

The US regulator therefore requalified a number of ICO’s in securities issues, concluding that they had violated market regulations. Many countries have followed the same path. At the same time, the reflection on the needs to which the ICOs correspond has progressed: some countries, like France, are in the process of implementing a relaxed regulation. Bypassing the law would be meaningless, encrypted currencies would lose their usefulness in ICO’s, the demand for bitcoin and its value would necessarily be affected.

Will the value of bitcoin collapse?

We see that cryptocurrency is subject to many coups by states on three themes: taxation, protection of savings and market transparency. However, it must be admitted that with the establishment of transparency of transactions, including ICO’s and the elimination of anonymity, the bitcoin market will be hit hard even if a somewhat surprising analysis showed that the anonymity of transactions meeting the needs of the “dirty” economy and the latter weighing hundreds of billions of dollars, the value of bitcoin could not fall below a certain price!

If one does not expect a spit in the sense of a sudden and brutal collapse leading the cryptocurrency to zero in a very short time, the elements that were detailed above faced with the risks that follow could provoke real panics.

Toxicity risk: requests made here and there to “financialise” bitcoin, create derivatives, CFDs and futures products can lead to bitcoin infiltration in portfolios in search of returns. This is what happened with madoff products and subprimes that have cost dearly to banks and insurers around the world.

Liquidity: investments in bitcoins do not benefit from a market organization that ensures the disinvestors against the risks of immobilization and deferral of sales. This kind of situation is at the origin of brutal price collapses. Financial panics may increase due to the inability to sell.

That of indebtedness: an increasing number of speculators have become indebted to be able to “play” big and “win for sure” as their promised many “pharmacies” of sales and advice. Let’s add that some Hedge funds have embarked on the adventure of encrypted currencies, also using debt (but on a different scale). At the slightest hard blow, it will be real panic. However, bitcoin systems and its response times are totally unable to handle massive sales in very short periods of time.

If these three risks manifested themselves in a grouped manner, in the context of weakening bitcoin, prices would really suffer!