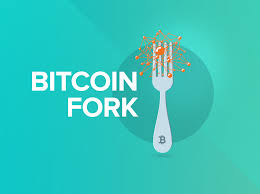 In the modern world, the state of the global economy is based on Asia, while in the blockchain area, the chain of the largest mining industry is in China. The volume of digital assets of the three countries (China, Japan and South Korea) occupies more than half of the digital assets in the world.

In this case, the BBC token was first launched on six international digital asset trading platforms , giving priority to design in Korea, Japan, Taiwan and other Asian economies, which is closely related to the reason mentioned above.

It is undeniable that the dividend of the rapid development of the Chinese economy is shared in the first place by the surrounding Asian countries, which benefit from the geographical factor. The development of the economy means the increase of leisure funds in the hands of people and the increase of their desire for investment. The development perspective of the blockchain and the investment value of digital assets make this region the center of attention.

BBC was born from BTC and took the lead in this trend . The more concentrated volume of business in Asia and North America laid the foundations for the subsequent operation of global circulation and decentralization. BBC dares to have such ambition due to its own strength.

AFTER THE BITCOIN FORK
BigBitcoin completed the Bitcoin fork on February 13, with a block size of 16M and a block time of 2.5 minutes. He completed the coupling of the Bitpie and Bitgo purses, and cooperated with several media and projects to successfully complete the first round of advertising and carry out the candy activity.

According to the BBC bifurcation block data analysis, there are 60% of BTC users that receive BBC, while there are more than 10 million BTC users worldwide. BBC has acquired a large number of users from the BTC community through a bifurcated distribution.

The BBC of mining will be used to encourage the community to support new excellent projects in the main network and to help advertise outstanding projects.

The block size of BBC 16M is 16 times more than that of BTC 1M, and the block time (2.5 minutes) is 4 times less than that of BTC (10 minutes). At the same time, BBC is also compatible with Segwit, Lightning Network and graphene technology. For massive transactions and high concurrency, you can provide reliable and effective technical support for speed and data throughput capacity.

In addition, the BBC team was also a pioneer in the chain matrix model. When it comes to high simultaneous transactions, the main chain of the BBC will automatically create chain arrays that are parallel local strings, and each of them inherits the characteristics of the main chain of the BBC. The local parallel string can even reach the millisecond confirmation rate, which improves the performance of the BBC main chain in multiples. Therefore, the speed of payment can reach the level in eleven Taobao Double, which is a unique precedent in other bifurcations of BTC.

There are two adjustments in the mining model: one is to adjust the difficulty of the Work Test (PoW), which can allow miners to freely transfer from the traditional BTC to the BBC; the other is to add the Equihash algorithm on the basis of the sha256 algorithm to disperse the mining patterns by using GPUs. These two methods can not only improve the efficiency of BBC extraction, but also guarantee equity.