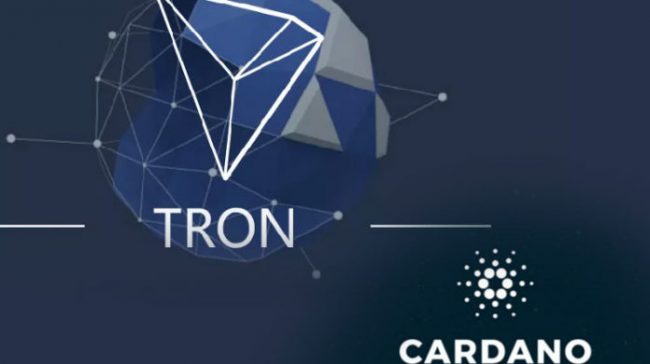 A few days ago, TRON and Cardano left the entire crypto community speechless when they talked about a potential future partnership between them. Actually, the cooperation was proposed by ADA’s co-founder, Charles Hoskinson. TRON didn’t accept immediately, but they didn’t decline it either, saying that they will deeply analyse it.

The proposal might come as a result of both companies’ continuity and success on the crypto market. TRON (TRX) and Cardano (ADA) are continuously improving and developing new business partnerships on regular basis. Their success made almost everyone else see them as rivals and nobody could anticipate Cardano’s proposal towards TRON.

What would happen if the partnership becomes real

The request is not quite official yet, since it only showed up on Twitter. Hoskinson, Cardano’s co-founder, posted a tweet for Justin Sun, TRON’s founder. At first, not many people believed that the proposal is real, but the initiator highlighted the fact that it is serious and a partnership between the two coins would be beneficial for both companies. If it would be established, it could be an important step towards the global adoption. He also added that, in the light of new operations conducted by both companies, the timing for association is perfect.

TRON’s founder, Sun, didn’t decline Hoskinson’s proposal, but he didn’t accept it immediately. Now, crypto experts are waiting anxiously to see if this idea will become reality, but many think that it would be in TRON’s advantage at this point.

Social networks are over-floating with support messages for both coins. In case the collaboration becomes real, TRON would be able to use Mantis and this would give it more space and exposure until it could, finally, be a match for Ethereum.

However, until now, we don’t have an official statement of Sun saying that he will accept this partnership. No news could be good news, but the crypto community is still anxious to see how things will end.