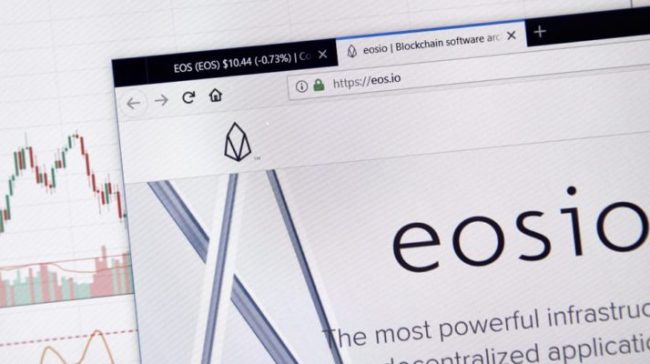 Despite being one of the most controversial cryptocurrencies that the market has to offer, Bitmain has now been listed as one of the 21 entities which process transactions on the nascent EOS network. Bitmain is a Chinese based company that made a name for itself by producing cryptocurrency mining hardware and being highly supportive of a big block approach to Bitcoin scaling.

Nonetheless, Bitmain has received the necessary number of votes in order to become one of the few active EOS block producers. This means that Bitmain will receive compensation for processing EOC transactions and for helping out with the network’s constitution.

EOS AntPool is the block producer candidate that Bitmain chose to use. For those who don’t know, EOS AntPool is obviously led by the folks at AntPool which is one of Bitmain’s mining pool subsidiaries. We should mention that Bitmain has a total of three mining pool subsidiaries and that the second one is “BTC.com”, while the third one is the smaller “ViaBTC” which is led by Bitmain with a $3 million funding round.

The three mining pools that are owned by Bitmain account for over 50 percent of the total BTC blocks mined during the past seven days. Therefore, Bitmain is “centralizing” the mining of BTC and this is the reason why Bitmain is surrounded by controversy.

The biggest concern that cryptocurrency investors have about the newly founded partnership between EOS and Bitmain is that the latter might have too much influence of EOS. Fortunately, this is not the case since there are 21 entities which will process transactions on the nascent EOS network, thus avoiding any type of centralization.

Another interesting thing that we need to go over is the fact that EOS AntPool is now ranked number 11th in voting which means that it will earn 845 EOS per day, which amounts to $7,300.