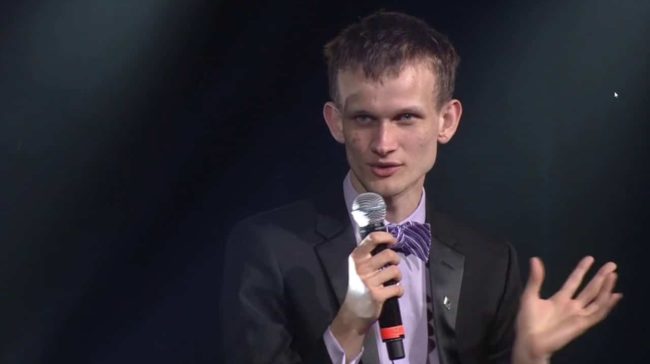 Ethereum (ETH) co-founder Vitalik Buterin has criticized the centralized cryptocurrency exchanges, claiming that he hopes they will “burn in hell” during an interview with TechCrunch reporter Jon Evans on July 6th.

Buterin has reaffirmed its positivist position on decentralization, asserting that by building “better” decentralized platforms, cryptocurrency community must be capable of eliminating the “stupid power to make centralized crypto exchanges.”

“Personally, I hope the centralized exchanges will definitely burn in hell as much as possible,” said Vitalik Buterin, co-founder of Ethereum (ETH).

The developer of Ethereum (ETH) criticized centralized cryptocurrency platforms for their capacity to determine which cryptos are “becoming large.” As Buterin said, they do so by collecting “these crazy commissions of ten to fifteen million dollars.” He then added that greater decentralization would better meet the requirements for “blockchain values” of “openness and transparency.”

Decentralized exchanges (DEX’s), as opposed to centralized cryptocurrency exchanges, are built in such a manner as to enable users to keep ownership of their cryptos and private keys. But DEXs also have their drawbacks, such as the lack of liquidity in comparison with their centralized competitors.

Buterin quoted an example during his interview with TechCrunch, in order to illustrate the merits of Ethereum (ETH) ongoing decentralization. “If someone puts a gun to his head and tells him to write a strong bifurcation patch,” Buterin stated. But “relatively few” users would be downloading and executing the update, and that is called decentralization, says Buterin.

The extent to which Ethereum (ETH) itself is decentralized has been disputed by a number of analysts, who mention, for instance, the potential for complicity between ETH mining pools in the manipulation of the blockchain.

At the time of this article, the Ethereum (ETH) cryptocurrency is the second largest crypto in the market, scoring a market cap of around $49.9 billion.