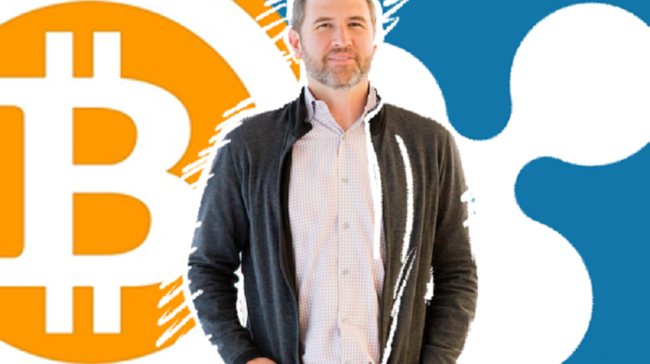 At the Money 20/20 conference in Amsterdam, Ripple CEO Brad Garlinghouse spoke about the cryptocurrencies market. He reviewed Bitcoin (BTC) and compared it with the XRP (XRP), formally known as Ripple (XRP).

XRP (XRP) is much faster than the Bitcoin (BTC) blockchain, Ripple CEO said

In contrast to many other people who see Bitcoin (BTC) as the future of digital money, Ripple co-founder Brad Garlinghouse does not give this cryptocurrency a vital role in the future.

Compared to XRP (XRP), BTC is too expensive and much too slow. According to his own statements, XRP blockchain only takes four seconds to process a transaction. In comparison, a Bitcoin (BTC) transaction currently takes around 20 minutes.

However, Bitcoin (BTC) still ranks first regarding market capitalization, while Ripple claims third place for itself.

Garlinghouse commented on the alleged competition between XRP (XRP), also known as Ripple (XRP), and Bitcoin (BTC). According to him, many more differentiated cryptocurrencies will be on the market in the future, and this fact would bring out not a single, but several winners.

According to the Ripple CEO, however, this trending would change quickly if people could see the differences between the several cryptocurrencies.

Outraged by the current indictment, Brad Garlinghouse also got to talk about the current charges against Ripple. A user had sued the company for alleged loss in the purchase and sale of XRP (XRP) tokens, citing a violation of US security law. Alos, the XRP holder said that with the Initial Coin Offering (ICO), Ripple had made millions in profits by selling tokens to the entire population and flooded the market with XRP tokens.

The Ripple CEO is outraged by the accusations of a user who has only traded with the cryptocurrency for one or two weeks, according to Garlinghouse.

XRP is an open source technology that does not violate any US law. On closer inspection, this conclusion would also be reached by the court, Brad Garlinghouse stated.