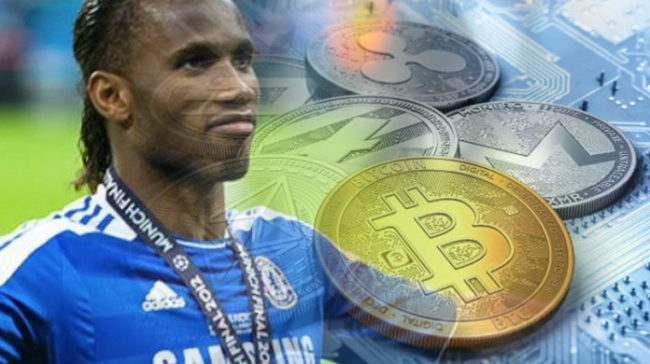 The African soccer player Didier Drogba is the most recent player to be engaged in the development of a cryptocurrency platform. The former captain and all-time leading scorer of the Ivory Coast national team and ex-star of England’s Chelsea club joined in as the image of the All.me crypto-related project.

Drogba is well known for undertaking and sustaining off-court projects that involve the community and charitable efforts, helping him to boost projects in a variety of fields, including education, healthcare, and disaster recovery.

Now, Drogba has reportedly agreed to the All.me cryptocurrency platform that, as its founders say, is a social network with its crypto token that would split the advertising income with its members.

Drogba claimed that he “believes a lot” in the project, as reported by the media in Moscow, where the player attended the 2018 FIFA World Cup.

Artak Tovmasyan established All.me cryptocurrency platform and, as indicated on its official site, has already grossed approximately $30 million in 4 pre-sales. The launching of its Initial Currency Offering (ICO) is planned for the last quarter of 2018.

Also noteworthy is that it is not yet determined whether All.me has made a financial arrangement with Drogba to support its upcoming fundraiser. Also, as the US Securities and Exchange Commission (SEC) has previously cautioned, not every ICO marketed by a celebrity is genuine.

Many other celebrities got involved in crypto-related projects

On the other hand, the most recent example of a soccer player that emerged in the crypto-verse is that of former Brazilian striker Ronaldinho, who suggested the Ronaldinho Soccer Coin Project, a programme set to create around 300 digital stadiums worldwide using Artificial Intelligence (AI), Virtual Reality (VR) and blockchain technology.

In the same way, the backing of cryptos, ICOs, and blockchain technology projects also got involved other figures in sport and the entertainment world, including Paris Hilton, Katy Perry, and the renowned boxer Floyd Mayweather.