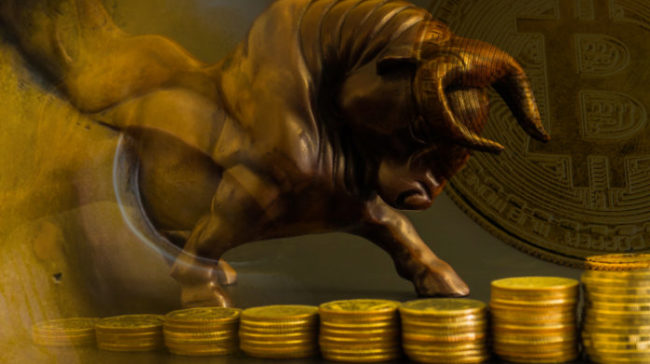 Lately, there is a significant bullish sentiment surrounding Bitcoin (BTC), as the leading cryptocurrency by market cap is flying in the cryptocurrencies marketing, surging considerably in the last weeks. However, here are the crucial things that keep Bitcoin (BTC) flying.

At the moment of this writing, Bitcoin (BTC) trades at the $8,207, surging by 1.13% in the last 24 hours. In fact, the “King of Cryptos” is continuously skyrocketing after it bottomed at around $6,000 just a few weeks ago. Also, regarding market capitalization, Bitcoin (BTC) also gained massively in the last period, securing its position in the top of the cryptocurrencies market with no chance for its follow-ups to reach its market cap level.

Now, that we now that Bitcoin (BTC) is skyrocketing, we should explore the reasons behind this recent surge. Apparently, we could discuss the Bitcoin (BTC) dominance in the cryptocurrencies market, its latest adoptions, or the BTC’s market correction after the leading crypto plummeted towards $6,000, but, in reality, two fundamental reasons keep Bitcoin (BTC) flying.

At first, BlackRock, the world’s leading asset management firm, announced the development of a team to research Bitcoin (BTC). This announcement indicated that the company would get involved in the cryptocurrencies market any time soon. Also, some voiced that this movement has drawn some institutional investors’ attention towards BTC.

Secondly, the US SEC has recently suggested that they would eventually approve Bitcoin (BTC) ETFs (Exchange-Traded Funds). The final decision should arrive in August, so, in anticipation of a positive one, the Bitcoin (BTC) price has only one way to go – Up!

One thing is clear, though, that the Bitcoin (BTC) is skyrocketing and there’s nothing yet to put an end to this surge.