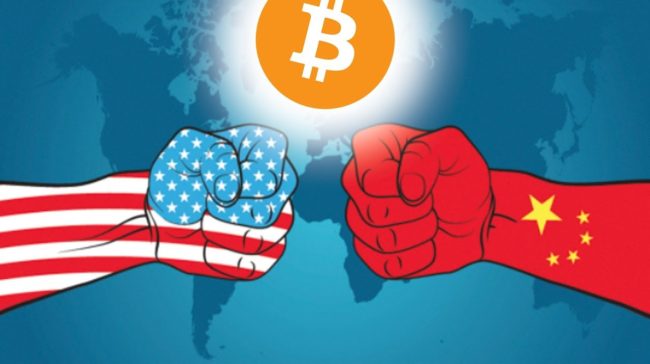 The trade war between the US and China has also spread to other nations and has turned into a currency war as China has devalued its currency. Investors, particularly the wealthy ones, are now turning to Bitcoin (BTC) rather than gold as a long-term investment option.

The commercial controversy between the two of the most potent countries regarding the economy, the US and China, has now spread all over the world and is affecting other states. From South Korea, Japan, and the rest of Asia to the European Union, the whole world can experience the tensioned situation.

Now, however, a currency war is happening in both of these economies, as well.

The US President Donald Trump has always supported the weakening of the US Dollar to hinder the entry of other countries into the US market.

Now, the ongoing commercial war that is becoming a currency dispute has forced the Chinese government to devalue its currency and reduce interest rates to obtain an edge over the United States.

Investors, particularly the wealthy ones, are turning to Bitcoin (BTC) which becomes the new “gold”

As this economic and monetary war develops, people are turning to Bitcoin (BTC), which has skyrocketed during this time.

With the devaluation of the national fiat currencies in both China and the US, the majority of the wealthy Chinese and American investors are turning to the more secure investment option that Bitcoin (BTC) is known for during this period.

If the US-China trade and currency war persists, the Bitcoin (BTC) value is likely to rise as more and more people and big investors exchange their currencies and commodities for Bitcoin (BTC).

In recent times, Bitcoin (BTC) is also considered a better option than gold. In fact, the leading cryptocurrency in the market is also dubbed as “digital gold” and could even outperform gold’s standards, according to experts such as ADVFN CEO Clem Chambers.