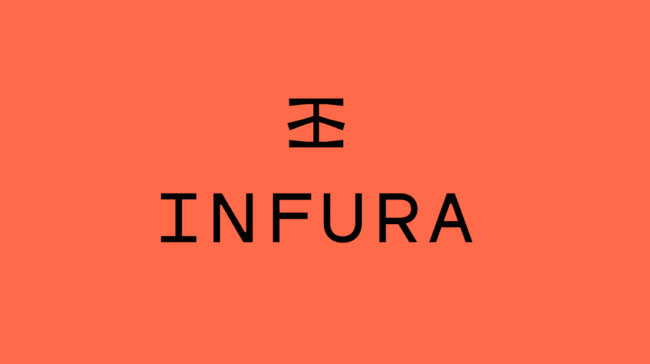 Infura, the Ethereum node provider, receives 10 billion requests a day. As reflected in a publication where they release their new version, Infura says that their nodes in the Ethereum (ETH) main network receive 100,000 requests per second, so they are developing solutions to improve the user experience.

The demand for its services had increased since February when it was known to receive 6 billion requests a day. About two petabytes of information are transmitted by Infura to manage the transactions and maintain the service they provide to the DApps.

Infura offers its Ethereum network nodes to decentralized applications running on this network.

Ethereum network’s decentralization could be at risk due to Infura

In total, 35,000 DApps and developers connect to Infura’s services. That denotes a significant growth of the Ethereum (ETH) ecosystem which, however, does not represent such good news regarding the centralization factor.

This dominance of Infura presents a situation of centralization, as this company is the primary provider of nodes in the Ethereum (ETH) network, which has thousands of developers and decentralized applications.

Running a node is currently a costly task, so many prefer to put this service in the hands of a third party. The problem is that if for some reason Infura fails as a company or some other situations eventuality occurs, such as an attack that changes the configuration of the service, the Ethereum network could slow down and there would be an undesirable saturation of transactions.

The future plans of the Ethereum (ETH) network

Despite the possible centralization, the so-called sharding of the Ethereum network, which seeks to ensure that the parties that form a transaction are shared more widely among the nodes that confirm them, is on the horizon.

That means that the 16,000 nodes that the Ethereum (ETH) network currently has will be divided into 16 groups of 1000 nodes.

Furthermore, the establishment of more Ethereum nodes could be encouraged shortly with the change from the Proof of Work Test (PoW) to the Proof of Stake (PoS), which not only benefits the miners with higher rewards but also rewards those who store large quantities of coins.

This system will be implemented gradually through Casper, and the Ethereum (ETH) network will maintain both algorithms at first, then remove the PoW, and use the PoS only.