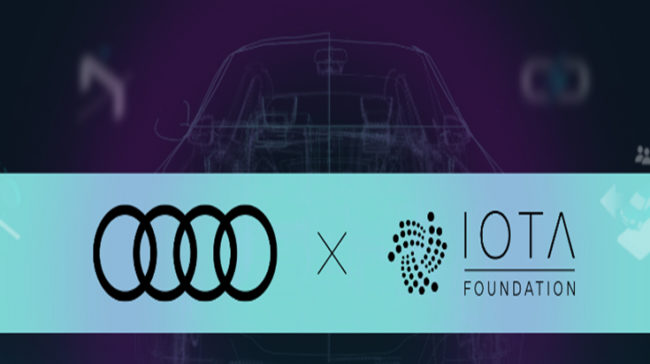 The IOTA Foundation, founder of IOTA (MIOTA) crypto, and the car manufacturer Audi searched for possible applications of the IOTA’s Tangle technology for the mobility sector using the Google Design Sprint, according to a communication recently published by the crypto’s foundation.

The project was carried out in the so-called Audi think tank, to explore the possibilities of using Tangle, to develop an initial prototype and to obtain feedback from customers in this respect. Audi was involved in the project with seven employees and, according to its statement, the IOTA Foundation with 15 employees, whose goal is to generate, validate and implement ideas for premium mobility within six months.

In contrast to the blockchain technology, the IOTA’s Tangle technology does not rely on “blocks” or mining, but on a Directed Acyclic Graph (DAG). A DAG is a topologically ordered system in which different types of transactions run simultaneously on different chains in the network.

A Google Design Sprint is a methodology developed by Google to quickly produce results from concepts related to a significant goal within five days. The steps of brainstorming, designing a prototype and testing with real people are carried out quickly.

Unlike IOTA, the design sprint carried out together with Audi did not last a week but only four days. However, Audi will continue to work on the project.

Audi, employees of Audi Denkwerkstatt, and employees of IOTA Foundation jointly developed a four-day Google Design Sprint project, whose use cases are available for Tangle in the automotive sector. Building on this, the Denkwerkstatt team will now continue its work. The design sprint was a first joint activity, whether something arises from it or whether the cooperation is deepened and also officially stipulated by contract, is completely open.

In June, at the Cebit 2018 Expo, IOTA and Volkswagen presented a jointly developed proof-of-concept (PoC) that uses IOTA’s Tangle technology for autonomous cars.