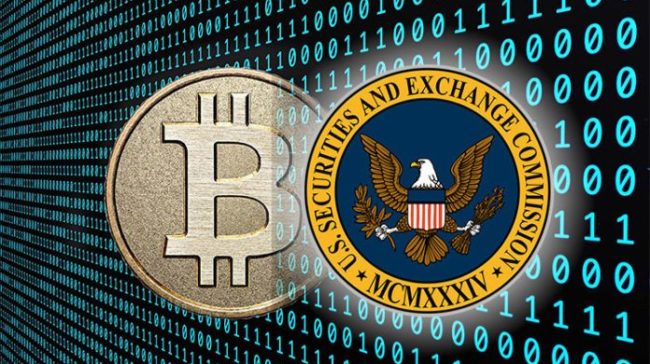 In the past few months, the cryptocurrencies universe has been very excited that the United States Securities and Exchange Commission (SEC) has passed a Bitcoin Exchange Traded Fund (ETF), which could actually put Bitcoin (BTC) on the stock market and facilitate the acquisition of BTC by institutional investors on leading securities trading platforms.

But those hopes were shattered when the SEC turned down the Winklevoss Bitcoin Trust ETF in a 92-page document outlining how Bitcoin (BTC) has an insufficiently matured or secure background market to pass any Bitcoin ETF. That is coupled with the announcement that the decision regarding the VanEck SolidX Bitcoin ETF, akin to the Winklevoss Bitcoin Trust, could be delayed until 2019.

An SEC official who vouched for the Bitcoin (BTC) ETF, Hester Peirce, has expressed disagreement about the SEC’s decision.

“The Commission’s action today deprives investors of this option. I reject the role of innovation watchdog, a role very different from (and, indeed, inconsistent with) our mission to protect investors, encourage capital formation and facilitate fair, orderly and efficient markets. Therefore, I disagree,” said Peirce.

According to Peirce, the Bitcoin (BTC) ETF would have managed to comply with all of the SEC’s regulatory standards to ensure the absence of market manipulation, and it was inappropriate for the SEC to dismiss the ETF based on the underlying market of the BTC.

The SEC, however, leaves room for the future approval of a Bitcoin (BTC) ETF, only if the Bitcoin’s underlying market matures and becomes more secure. Also, Peirce thinks the recent SEC decision to refuse Bitcoin ETF would just keep institutional investors out of the market.