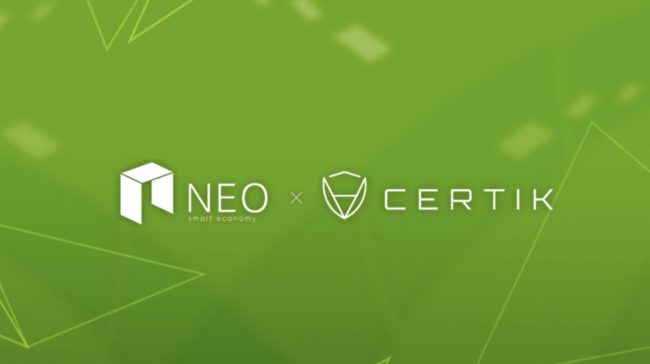 CertiK is an official verification platform for blockchain ecosystems and smart contracts, developed by Yale and Columbia University, and is the only operating system resistant to hacker attacks, already deployed in government and military systems.

The new deal between NEO blockchain platform and CertiK would make the DApps and the NEO smart contracts entirely safe against hack attacks and free of bugs.

NEO is a high-speed autonomous public chain. With more developers building layers on top of it, this added security layer will expedite the prosperity of the ecosystem. I believe NEO and CertiK’s partnership is on track to change the course of history.

Just recently, the NEO Global Development (NGD) R&D Director, Lin Peter, claimed that NEO blockchain faced a network clog which triggered a spam attack which started as negative invocations that resulted in multiple transactions on the NEO blockchain but without transferring any funds.

More worryingly, the NEO team couldn’t find the source of the spam attack, whether it happened due to a bug in the smart contracts code or a hacking attack.

As for its part, CertiK, before the partnership with NEO blockchain, the company dealt with Ontology (ONT) to discover any security flaws in the open-source code and to boost the smart contracts security.

In conclusion, the new partnership between NEO blockchain platform, also known as the Chinese Ethereum, and CertiK, a verification platform for blockchain ecosystems and smart contracts, is meant to enhance the NEO smart contracts and DApps security and to reduce possible bugs in the network.