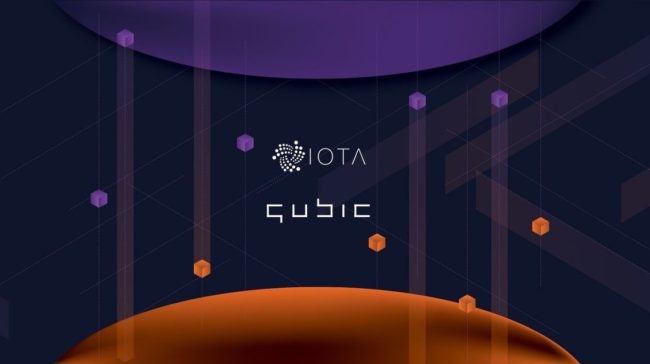 Just a couple of days ago, IOTA released its new update on its Qubic project, and, according to the team, the devs struggled to enhance the integration between the project and other ones within the IOTA (MIOTA) blockchain.

Being the standard for “payments” and “messaging” within the Internet of Things (IoT), the Qubic project operated by IOTA is possible thanks to the IOTA (MIOTA) managed exchanges which permit inter-users communications for free, in a controlled ecosystem.

The Qubic project is made up of the Qubic Protocol and The Abra Language. The Qubic protocol holds the whole copy of Qubic-related transactions locally, being the layout of the IOTA’s Tangle technology. On the other hand, The Abra Language carries parts of the initial documents, and it’s the compiler of the network.

The firm has additionally indicated that it has been developing a white paper which will address the enhancements introduced to the IOTA (MIOTA) network.

The IOTA declared that the first release of the update will be operational for review in the second week of August and has disclosed that the firm is carrying out tests to make it work for the public. The company has set that as a benchmark before new updates releases.

IOTA has also claimed that the following move in Qubic’s footsteps is to embrace the technology and implement it to address real-world challenges. IOTA has similarly noted that Abra is in use in the Qubic environment as it is very much like an assembly language.

The platform stated that the implementation would be enough to enable the establishment of a fundamental approach to the impending requirement for additional upgrades. IOTA has claimed that it will employ a coding language that will permit the Abra process of translation.