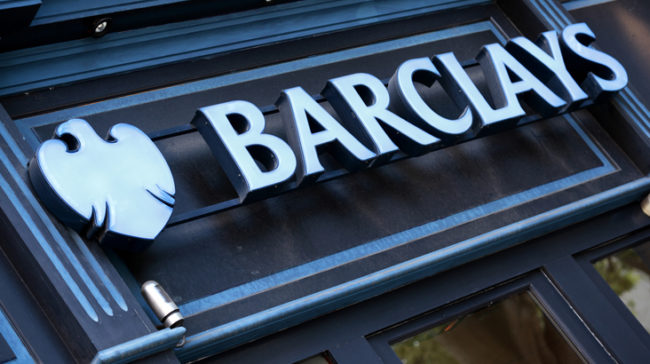 The British investment banking and finance multinational Barclays is allegedly attempting to embrace the rush of cryptocurrency between institutional investors.

A couple of months ago, Jes Staley, CEO of Barclays, dismissed the possibility of starting his very own cryptocurrency trading platform. However, the bank has allegedly set up a “digital assets project” that will consider how to approach the fast-growing cryptocurrencies market.

Barclays, which is one of the biggest banks in the world with nearly 120,000 employees around the world and a turnover of over £21 billion, had stood on the margins when it came to trading in cryptocurrencies.

Goldman Sachs was among the first large institutional investors to step up and use its proprietary money to trade with customers on some contracts involving cryptos. The move prompted other financial institutions to decide to roll out cryptocurrency trading desks, while Barclays kept its head down.

A Barclays’ cryptocurrency exchange platform might happen sooner than expected

In May 2018, Staley informed a shareholder that he was still skeptical about the cryptocurrencies and their underlying technologies because of regulatory and enforcement concerns, but that the bank was investigating the subject of cryptos.

It is now reported that rather than launching a cryptocurrency desk, the bank is looking at how it can begin trading digital assets, according to the Financial News. The “digital assets project” will be managed by Chris Tyrer, ex-director of global energy trading.

The task force will include Marvin Barth, chief of foreign exchange and emerging markets macro-strategy, and Lee Braine, a senior executive in the CTO office and an experienced blockchain technology specialist. Braine commented on the distributed ledger technology in a recent meeting.

“It is clear that there are huge opportunities for startups in the space of the blockchain. For investment banking, blockchain-inspired solutions, such as shared ledgers and smart contracts, should aim to meet non-functional architectural requirements at the enterprise level.”

Barclays enters the institutional investors’ race for the cryptocurrencies market, and its “digital assets project” suggests that the potential release of a cryptocurrency trading platform could pop up sooner than previously thought.