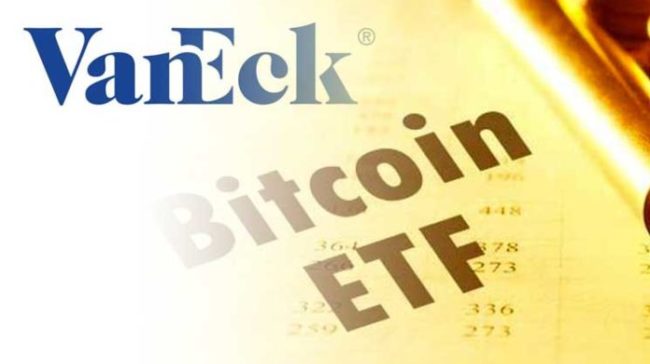 The whole picture of cryptocurrency awaits the future action of the US Securities and Exchange Commission (SEC) regarding the approval of Bitcoin ETF (Exchange Traded Funds).

The Bitcoin ETFs story commenced with the Winklevoss twins’ proposal to establish a cryptocurrency ETF that the SEC declined, stating the potential for manipulation as the primary issue of concern.

After the first announcement that a Bitcoin Exchange Traded Fund is possible, many crypto enthusiasts and market analysts stated that Bitcoin (BTC) would surge if the cryptocurrency ETFs would become a reality.

Arthur Hayes, co-founder of Bitmex, predicted in July that the Bitcoin (BTC) price should not have any trouble hitting the $50,000 mark by the end of 2018, arguing his forecast on the basis of Bitcoin ETFs approval.

VanEck joined the race for the first Bitcoin ETF, and Gabor Gurbacs talks about what his company can offer

Gabor Gurbacs from the VanEck, a New York-based asset management investment firm, recently discussed the feasibility of cryptocurrency ETFs and their potential market and industry impact

VanEck has made headlines as being one of the very few investment companies to compete for the establishment of the first Bitcoin ETFs in the world.

When asked by CoinDesk about how he feels about the likelihood that his firm might have the green light to trade Bitcoin ETFs, Gabor Gurbacs said that he doesn’t know an answer to this question.

“I know that we have addressed issues relating to market structure and that this is an opportunity for regulators to introduce bitcoin into existing frameworks and protect investors,” Gabor Gurbacs said.

Gurbacs also firmly upholds his business position in the face of the recently rejected Winklevoss Bitcoin ETF, asserting that his enterprise, VanEck, intends to provide an insured product, with a fund that would cover the Bitcoin (BTC) in case of “theft and damage and loss of all kinds.”