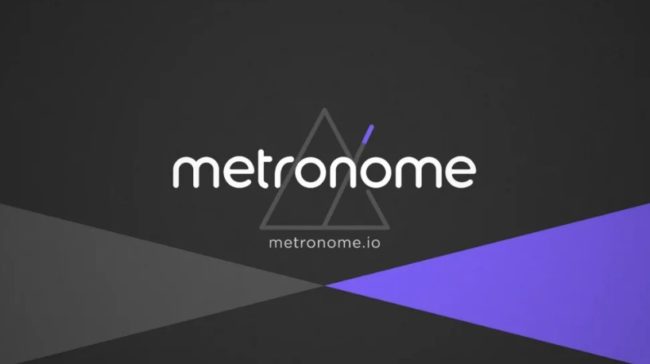 The Metronome (MET) crypto enthusiasts waited until the end of the ICO to grab even the last remaining tokens. However, that was no usual Initial Coin Offering. Opposing the regular ICO scheme which advantages early buyers, Metronome sold its MET tokens at progressively lower prices.

According to the post-ICO statement from the team, the auction following the before-mentioned scheme ran for 6 days, 23 hours and 40 minutes.

Metronome ICO sold 8 million MET crypto tokens 26,502.21 Ethereum (ETH) which at the moment the ICO ended meant $12.1 million. However, the timing of the progressively lower prices for the Metronome (MET) tokens sell-out was challenging, the team stated.

“Metronome’s Initial Supply Auction took place during one of the deepest dips of an already stubborn bear market for cryptocurrencies as a whole in 2018,” said the team behind the Metronome (MET).

Metronome (MET), which is “a new cryptocurrency focused on making greater decentralization possible and delivering institutional-class endurance,” as its official website describes the project, is characterized by three main features, namely, self-governance, reliability, and portability.

According to its site, Metronome (MET) is the world’s first crypto that can be exported and imported between chain. At first, MET token will be initially running on Ethereum (ETH) with Ethereum Classic (ETC), Rootstock on Bitcoin (BTC), while the support for Qtum (QTUM) is expected to come up next.

This Metronome’s portability is permitting users to opt for the blockchain they prefer or update their MET contract if required.

In the Metronome (MET) crypto ICO, which recently ended, Metronome team raised a little more than $12 million in Ethereum (ETH).

At the moment of this writing, the Metronome (MET) crypto token is traded at a little more than $1.7, recording a drop by approximately 4.3% in the last 24 hours. Also, MET sums up a market cap of $13,385,610, while its trading volume in the past day totaled $69,607, according to CoinMarketCap.

You can check out this project and get involved in it on the Metronome official site.