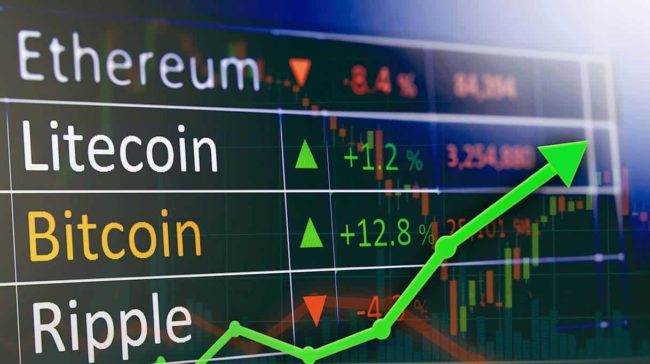 The past years taught us that cryptocurrencies prices tend to surge in the last quarter of each year. This tendency has been noticed across a few years, but the most significant cryptos values rise recorded in Q4 2017 when the majority of digital assets grew significantly, with Bitcoin (BTC) reaching about $20,000. This year, however, the situation in the cryptocurrencies market is much more challenging. But, here are three altcoins that are set to surge in late-2018.

Even though 2018 has been a tough year for the cryptocurrency, in general, with many regulations, bans, and significant downtrends, there is still room for digital assets to surge.

Among the cryptos that have the opportunity to rise, the following three altcoins show the most prominent signs of rising during Q4 2018.

These Three Cryptocurrency Altcoins Are Set To Surge In Late-2018

In late-2017, XRP (XRP), known back then as Ripple (XRP) appreciated by more than 36,000% reaching a maximum that has never been touched again by the Ripple’s crypto token. That surge attracted many investors and drew the attention of the big players in the financial sector.

Even though Ripple and its XRP (XRP) are still rising concerns among financial authorities and crypto enthusiasts, as well, many banks in Japan adopted Ripple’s platform for day-by-day operations. Besides, the tests involving Ripple and XRP carried out by MoneyGram and Western Union might come to a positive conclusion by the end of the year.

Despite its significant ups and downs, Litecoin (LTC) remains a safe bet for cryptocurrency investors.

Now, that the LTC adoption is increasing and having in mind the surge of this cryptocurrency when the rest of the market was collapsing in February this year, to which we should add the respect the investors have always shown to the Litecoin project, there is no reason why this digital assets would not “go to the Moon” in Q4 2018.

Many crypto enthusiasts and investors would blame us for listing XVG among the three altcoins that are set to surge in late-2018, but, like it or not, Verge (XVG) matured a lot over the course of this year. Also, its property of being a privacy-focused coin that keeps the anonymity of the transactions would make it rise as a fierce competitor for Monero (XMR).

Last but not least, the Verge team is very communicative with its community and always listens to its members’ opinions, a fact that is quite important in the nowadays crypto environment.