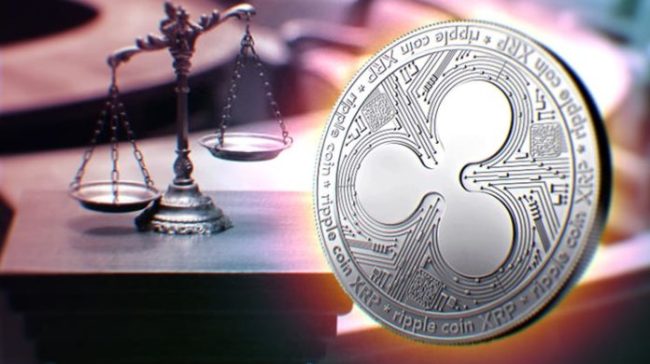 The Californian Court dismissed a petition seeking to reopen a lawsuit filed before the San Francisco Superior Court against Ripple. The renowned FinTech company, Ripple, was accused of selling and offering securities that were not registered under the US securities laws. This lawsuit was filed in California in May by an investor named Ryan Coffey, who claimed to have purchased XRP (XRP), Ripple’s native crypto token, and incurred losses on this investment.

The total amount of money for which the plaintiff filed the case was only $585.

The responsibility was attributed to the Ripple Labs team, who allegedly offered financial value in the market without complying with the relevant legislation. The company would have done that by selling XRP (XRP) in what the plaintiff considers a “never-ending” Initial Currency Offer (ICO).

In the arguments outlined in Coffey’s file, the XRP’s features meet the profiles of financial value, but Ripple Labs would hide this when offering the asset for trading on cryptocurrency exchange platforms.

In August, Coffey’s filed a petition to remand the trial in a possible attempt to have the lawsuit dismissed in federal court. This motion was denied by the Californian Court on August 12th, after “reading the documents submitted by the parties and carefully considering their arguments and the relevant legal authority.”

According to information on social networks such as Twitter and Reddit, this decision would have benefited Ripple and the XRP (XRP), as the lawsuits against the company would be dealt with in Federal Court, where the judges would appreciate a good defense and Ripple would have a very strong legal team.

Additionally, the Federal Court’s decision would be nationally valid, which would cover the company’s future claims.

Ripple has faced a number of demands so far, while the most recent was on June 27th this year when an investor accused the company and its CEO, Brad Garlinghouse, of cryptocurrencies market manipulation to take advantage of the XRP (XRP) commercialization.