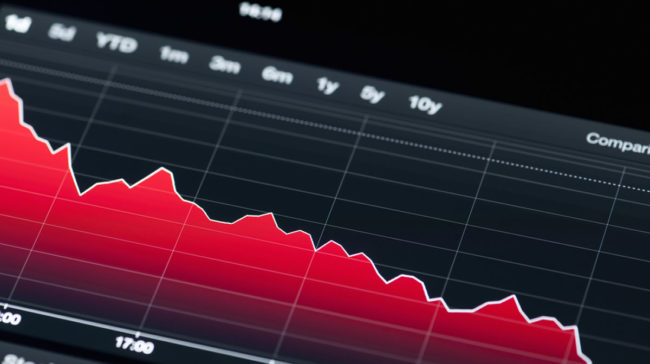 The last 24 hours had quite an effect on the crypto market. Bears have taken it down by about $24 billion. However, there are opportunities here. Available at 90% discount from their All-Time Highs (ATH), you can invest in some cryptocoins with potential. Allow us to guide you.

What happens with the market?

Right now bears have stepped down in full force and the total market cap lost nearly $28 billion in just 24 hours. The leading cryptocoin, Bitcoin, has lost approximately $9 billion from its market cap, trading at about $6,500 a piece.

Now’s the time to seriously invest and here are some worthy alternatives to Bitcoin.

XRP rests on the third seat in terms of most valuable cryptocurrency in the world. Right now it sells for $0.292, having an approximate loss of 18% over the last 24 hours. With a market cap of 11 and a half billion dollars, it has a daily trading volume of $271 million over the last 25 hours. Right now it has a discount of about 91%.

Cardano is number eight in terms of the world’s largest cryptocoin. It is claimed of having one of the biggest potentials out there. At the time of writing this article, Cardano [ADA] is trading at $0.097 with a loss of 11.49 over the last day. The beginning of the year found it at the $1.33 level and it currently has a 91% discount.

The third and final choice of cryptocurrency is represented by Tron, one of the most active cryptocoins on the market, with an extremely active CEO, Justin Sun. Tron is down about 16%, resting at $0.019. Since its ATH of $0.3, Tron is now available with a ~92% discount.