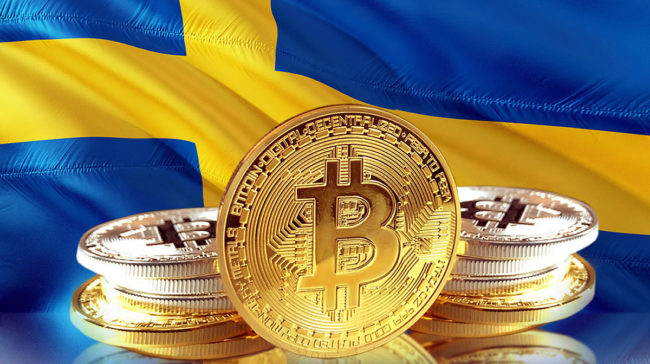 The Stockholm Stock Exchange authorized this week new investments in US dollars for its Bitcoin ETN (Exchange Traded Note), the so-called Bitcoin Tracker One. This is a financial instrument that has been on the local market since 2015 and has similar characteristics to the Exchange Traded Fund (ETF).

The decision by Swedish Stock Exchange, also known as Sweden’s NASDAQ, now seeks to attract investors from the United States to direct their funds to the leading cryptocurrency, without having to buy it directly.

The US news agencies such as Bloomberg pointed out that, although the product is listed and regulated in Sweden under the CXBTF code, it is now available in US Dollars, opening the door for investors interested in Bitcoin (BTC) to trade with this third-party instrument.

For Ryan Radloff, CEO of CoinShares Holdings, the parent company of the company that offers this Bitcoin ETN, the possibilities for acquiring these notes are significantly expanded as they are also traded in USD.

Anyone who invests in US Dollars can now get exposure to these products, previously only available in Euros or Swedish Kroner. Given the current regulatory climate in the United States, this is a significant victory for Bitcoin (BTC). I see this as a competitive product, said Ryan Radloff, CoinShares Holdings CEO.

Bitcoin Tracker One began operating in May 2015 as an alternative system for investing in BTC “safely and easily, removing the obstacles that kept many people and businesses away,” as said Alexander Marsh, CEO of XBT Provider AB, the company that launched it three years ago.

ETFs are funds while ETNs are notes or debts. In the case of ETFs, they follow the evolution of an index to obtain the valuation of the securities they hold. Market participants seek to keep the ETFs prices as close as possible to the settlement value. For this purpose, shares and securities of the ETF itself are used, either for purchase or for sale, according to their price.

The ETNs have no title related to the index it seeks to replicate. In the absence of an asset, ETNs become an issuer’s promise to return the principal amount and the income obtained for the difference. The product could also be compared to a fixed-income bond, although without a maturity date.

Investors and the Bitcoin (BTC) community, in general, remain on the lookout for the US Securities and Exchange Commission (SEC) decision on the pending Bitcoin ETF requests.