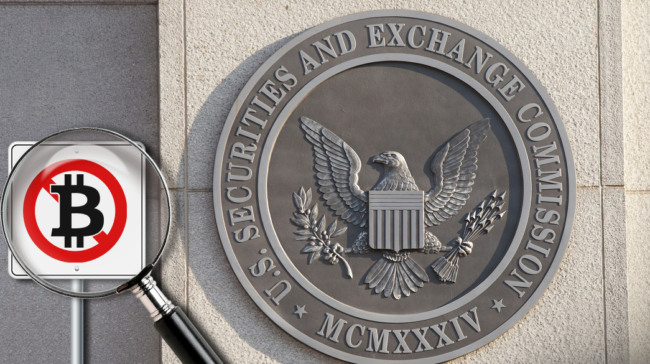 Today, Thursday, August, 23rd, was the deadline for yet another Bitcoin ETF application, filed to the US SEC by Proshares financial company. But, not at all surprising, the SEC has declined the Bitcoin ETF proposal, making it the latest entry on its list of rejected ETFs proposals involving the leading crypto in the market.

“Similar to its rejection of the Winklevoss ETF, the SEC expressed concern about fraud and manipulation of bitcoin markets. It said that NYSE Arca, which filed the ProShares application, had not met its requirement that a national securities exchange’s rules be designed to prevent fraudulent and manipulative acts and practices,” stated the CNBC.

As mentioned, this is one of a series of rejections undertaken by the SEC. In a nutshell, the regulators are not going to respond positively to the proposals and are not thrilled to pass any cryptocurrency ETFs. The downside appears to be the absence of regulation across the cryptocurrencies market and the insecurity created by its volatility.

Whenever a Bitcoin ETF is turned down, the SEC reiterates that they are not taking these actions due to the uncertainties that surround cryptocurrencies market, but frankly, there is no other explanation for why the regulators are repeatedly shutting down these ETFs proposals.

However, the SEC still has to decide on other Bitcoin ETF proposals.

“While the SEC has yet to approve a cryptocurrency-based ETF, other applications are still in front of the agency, including an ETF that would track a basket of cryptocurrencies that was filed in July by Bitwise, and the VanEck SolidX Bitcoin Trust. The SEC announced it was delaying a decision on approval or disapproval of the VanEck ETF until Sept. 30,” as stated by the CNBC.

Even though the cryptocurrencies market will still go on without a crypto ETF, a Bitcoin ETF, however, would do wonders for institutional investments. That’s why many think that without crypto ETFs, the market won’t be capable of evolving further.