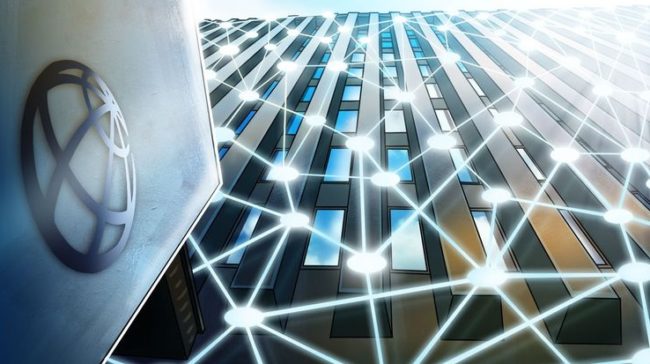 Recently, The World Bank announced the launch of a blockchain-based debt bond managed by the Commonwealth Bank of Australia (CBA). The issuance and management of this financial instrument are, according to The World Bank, an initial step in taking the manual process of issuing and managing bonds to faster and cheaper levels of automation.

The World Bank points out in a press release that the launch of this two-year bond raised 110 million Australian Dollars, equivalent to $73.1 million, and that it is “the first in the world to be created, allocated, transferred, and managed in its life cycle by distributed ledger technology (DLT).”

However, when this initiative was launched publicly on August 10th, The World Bank noted that the infrastructure envisaged for the project was a Microsoft Azure data center, the Microsoft’s cloud computing platform.

“The World Bank’s bond infrastructure will run in Washington DC on Microsoft Azure’s cloud computing platform. Microsoft validated the operational capabilities of the system, security, and scalability,” explained Sophie Gilder, the Director of Blockchain Technology at the Commonwealth Bank of Australia (CBA).

This centralized mode of operation, although based on a blockchain technology, is contrary to one of the fundamental attributes of cryptocurrency technology, which is the decentralization.

In this case, a private version of Ethereum (ETH) blockchain would be used, according to the CBA, the entity in charge of issuing and managing the bond. It can be inferred from its centralized scheme that Microsoft Azure is using the “Ethereum Blockchain as a Service” (EBaaS) mode, with a private version of that network.

In the case of this World Bank and CBA announcement, the use of distributed ledger technology (DLT) is very restricted regarding the philosophy of openness and decentralization that is usually associated with this kind of technology. There is no element, other than the irrefutability of the data recorded, that differentiates the infrastructure deployed for this bond from a conventional centralized database.