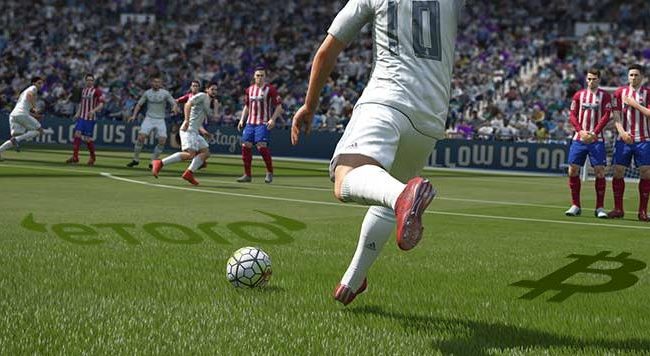 Cryptocurrency could gain a lot of global attention as Bitcoin (BTC) was chosen as a method to pay for transfers between several soccer clubs across Europe via the eToro and Quantocoin platforms. So far, seven football clubs of the English Premier League and one of the Italian Serie announced the new partnerships.

“Blockchain brings transparency, which means it can improve the experience for everyone who loves the ‘beautiful game,’” said the UK Managing Director at eToro, Iqbal V. Gandham.

“At Tottenham Hotspur, we are committed to technology and innovation and as such we’re excited to welcome eToro as a partner in a category that is developing at a rapid rate,” also said Fran Jones, Head of Partnerships, Tottenham Hotspur FC.

Bitcoin (BTC) might be used as a payment method by seven English soccer clubs and one Italian one via eToro and Quantocoin, respectively

eToro trading platform enabled seven English Premier League soccer clubs to use Bitcoin (BTC) and other cryptocurrencies for paying for transfers, an initiative that might direct the global attention on cryptocurrency. On the other hand, one Italian club, Rimini, took a similar effort after UAE’s Heritage Sports Holdings purchased it and teamed up with Quantocoin.

“Blockchain technology is bringing exciting new opportunities to all areas of business sectors, and we are delighted to welcome eToro as a partner so we can explore its potential in football,” stated Barry Webber, the Commercial Director at Crystal Palace FC, one of the clubs involved with eToro.

Also, the Italian Serie C soccer club, Rimini, was acquired by Heritage Sports Holdings from the UAE that deals with cryptocurrency investments in the universe of sports. So, for the first time in the Italian football history, a club is sold for cryptos via Quantocoin.