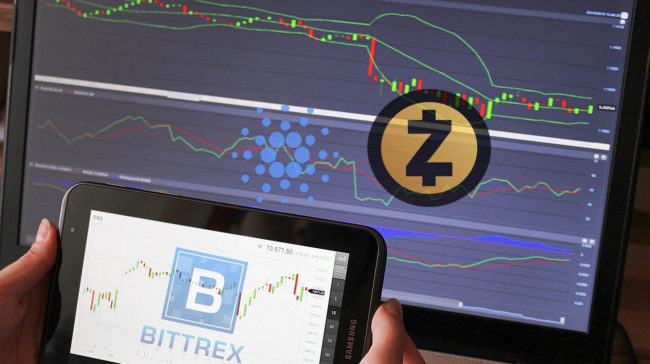 Bittrex, a leading Seattle-based cryptocurrency trading platform, reported its support for new trading pairs on its crypto exchange on August 29th. Cardano (ADA) and Zcash (ZEC) will be on the platform for USD trading starting on September 5th.

Bittrex introduced the market for USD just a month ago with Bitcoin (BTC) and few other cryptocurrencies. That is thought to be a breakthrough in achieving its target regarding cryptocurrency adoption rates. For the USD markets, two options are provided to the clients to make it easier to trade in USD only or to withdraw, deposit and trade USD.

But clients are obliged to conform to the eligibility criteria and have to be part of the State of Washington, Montana or New York to qualify for USD markets. There are also some criteria that apply to international accounts.

Out of the many recent and significant enhancements, the most recent was the announced partnership of Bittrex with Rialto Trading. That was done to extend Rialto’s Alternative Trading System (ATS) by incorporating digital values into the system.

At the beginning of this month, the cryptocurrency exchange platform also introduced the USD markets for large cryptocurrencies, including Bitcoin (BTC), XRP (XRP), and Ethereum Classic (ETC). Now Cardano (ADA) and ZCash (ZEC) joined them.

On the Twitter social network, a great deal of excitement has been seen over the issue of the limited number of approved states for Bittrex USD trading. A client sought confirmation of the New York State eligibility of people to trade on the Bittrex platform.

“Thanks for reaching out. Both personal and corporate customers in New York are eligible for USD trading, deposits, and withdrawals,” replied Bittrex.