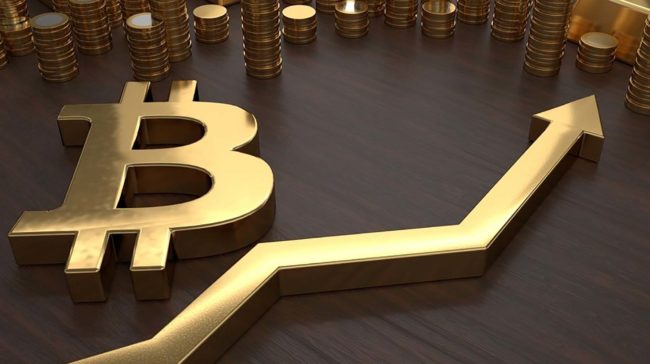 Bitcoin (BTC) appreciation during the past week might signal for a bullish momentum. Also, some crypto experts are also going bullish on BTC, and a few of them even stated Bitcoin (BTC) would hit $10,000 by November.

Bitcoin (BTC) maintained its rally since the beginning of this month, and it is trading at the moment of this article at $7,370, increasing by 1.53% in the last 24 hours. Over the previous seven days, BTC surged by 5.23%. This continuous growth of Bitcoin made some crypto experts go bullish on the leading cryptocurrency of the market.

However, we know that the cryptocurrencies market is highly volatile, so could indeed Bitcoin (BTC) hit the $10,000 mark by the beginning of November? Some of the most significant figures of the crypto market came out and said that, if everything goes alright, Bitcoin might really hit and exceed the $10,000 level in just a couple of months.

Hermann Finnbjornsson, the CEO, and founder of Svandis, a Bitcoin consultancy company, is the first bull that forecasted a bright couple of months for BTC.

“I believe that [the bitcoin price] will hit $10,000 by the first week of November. I think that there are a lot of reasons to be bullish on bitcoin. There’s less than a 1% chance in my mind that bitcoin won’t succeed,” stated Hermann Finnbjornsson.

In early November, Bakkt, the NASDAQ’s parent company’s regulated ecosystem for Bitcoin (BTC), would launch so that it might surge the BTC even more. Also, the high interest of Wall Street firms in Bitcoin (BTC) might also be one of the reasons behind the expected Bitcoin (BTC) surge.

“There are numerous reasons why this new asset class [cryptocurrencies] has captured people’s imagination since its inception in 2009 – Bitcoin (BTC) displays a number of characteristics that make it a very powerful and alluring concept. It allows for direct, peer-to-peer transfer of value in completely trustless transactions,” stated the CEO of EX Exchange, Russell Korus.