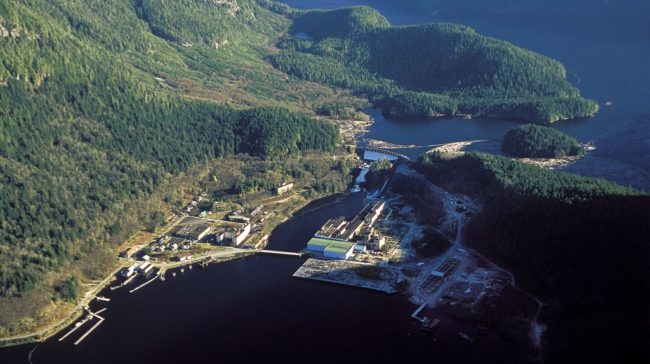 Ocean Falls Blockchain, a Bitcoin (BTC) mining company, built a crypto mining farm on the ruins of an old paper factory in a ghost town in Canada. Now, it’s operations commenced, according to the Bloomberg portal.

In Ocean Falls, a ghost town located on the coast of the British Columbia province, the community of less than 100 residents hopes that the new crypto mining business will help revive the activity of the small village, mostly abandoned in the last 40 years, after the closure of its paper factory. On this site, accessible only by boat or seaplane, the local Bitcoin (BTC) mining company installed in 2017 taking advantage of the cold climate and low rates of hydroelectricity in the region.

Kevin Day, founder and CEO of Ocean Fall Blockchain, says he has had high expectations ever since he obtained favorable electricity rates after negotiating with the Boralex company.

The achievements desired by both the businessman and the few residents of the village have been overshadowed by the low price that has marked cryptocurrencies markets this year. As a result, it seems that not everything has been as expected, as the forecasted amount of energy has not been accessible. The Bitcoin (BTC) mining farm is currently consuming less than one megawatt of electricity and Day thinks it will reach around 1.5 MW by the end of the year.

Part of Day’s new strategy includes the invention of a new method of cooling for the crypto mining equipment, which involves submerging it in a non-conductive liquid.

He also plans to experiment with redirecting heat from the Bitcoin (BTC) mining farm to the village salmon farm, offering an inexpensive way to heat the water in their tanks. It is said that both techniques could be sold to other crypto mining farms and data center operators.

Ocean Fall Blockchain’s story illustrates some of the positive impacts of Bitcoin (BTC) mining on local communities, an operation accused of taking advantage of nature’s resources for purely selfish purposes and of being one of the main generators of carbon dioxide and causing damage to the environment.