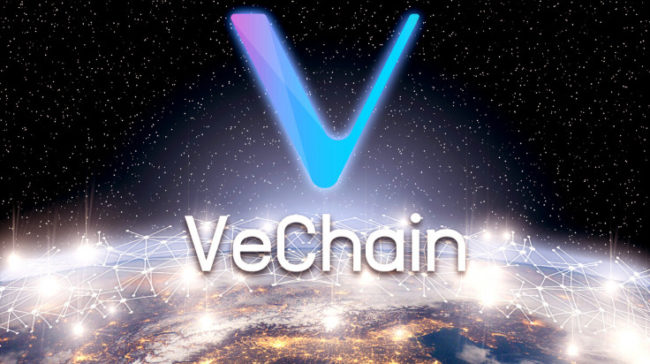 VeChain has teamed up with BYD to develop a Carbon Ecosystem after the insurer PICC became part of the VeChain (VET) ecosystem with the recent deal between the two parties. VeChain has also just launched it VeChainThor MainNet v1.0.2, while VeChain (VET) has surged by over 200% in under a month since bulls first began racing in the VET market in August.

VeChain (VET), which is the world’s 18th largest cryptocurrency by market capitalization, is now on its way to higher grounds and more sophisticated achievements, as another partnership shaped up.

“I know partnerships cannot satisfy you guys anymore, so let’s go app directly. More players will join one by one for this Carbon Ecosystem,” said VeChain CEO, Sunny Lu, on Twitter yesterday.

BYD, a producer of batteries, electric buses, and electric cars, has partnered with VeChain (VET), to use its public blockchain platform, the VeChainThor, and DNV GL, a quality insurance and risk management firm.

“As the global leader in green car manufacturing, BYD offered us the opportunity to pioneer real change. It takes innovators like BYD to make the world a cleaner place. Carbon banking will be a new reality for billions,” added Sunny Lu, VeChain CEO.

Such a solution would further reward vehicle performance with carbon credentials based on carbon footprint and car driving efficiency. It is expected that this approach will also significantly benefit government bodies and insurance companies.

“This technology not only improves our current offering but allows us to create completely new markets. The unique aspects that VeChain provides will empower carbon monitoring development and sustainable ecosystems. This solution is a glimpse into what we think we can achieve through this partnership,” explained Shu Youxing, President of BYD’s Intelligent Ecological Research Institute.

At the moment of this writing, VeChain (VET) trades at $0.015243, dropping about 15% on the background of today’s correction in the cryptocurrency market.