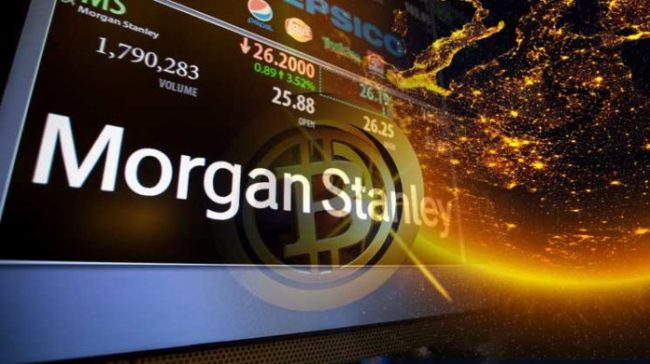 For almost a decade Bitcoin has been around dominating the market and doing extremely well in terms of price. Despite the overall development, the crypto market is still plagued by certain points of friction. They are represented either by adoption or by regulation. Adoption means that a certain cryptocoin must be accepted widely as a credible means of payment.

There have been a number of institutions which sought to spearhead the adoption campaign and among them is also Morgan Stanley. Representing one of the biggest banks in the world based in the United States, Morgan Stanley makes a point worth noting by taking an interest in cryptocurrencies. For a product to gain general market acceptance, it is often needed that a huge enterprise would make a difference.

If this huge bank goes ahead with its plans to offer Bitcoin trading possibilities to its clients, it won’t be too different for Bitcoin itself. A source credited to be close to the bank stated that Morgan Stanley plans to join other industry players who share the same perspective into offering Bitcoin exposure options to people.

The clients will not own the cryptocoins, however, their exposure being only synthetic. By heeding this plan, the bank’s clients will obtain the ability to initiate short or long contracts through the procedure called the price return swap and the bank will charge a certain fee for each initiated transaction.

As opposed to Morgan Stanley, which initiated this plan of action, Goldman Sachs rejected claims for its team to establish a crypto trading desk. When asked about the current plans laid down by the bank, not a spokesman from Morgan Stanley wished to comment on the matter. Finally, it seems that this huge bank won’t be alone, as Citigroup has also expressed interest in joining the crypto race.