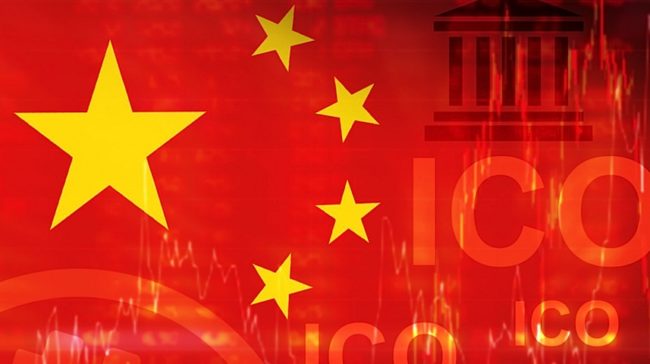 The People’s Bank of China (PBoC) issued a new warning to its citizens regarding Initial Coin Offerings (ICOs) and crypto coins, in general. ICOs have been banned on Chinese territory for more than a year, and activities related to cryptocurrencies have been restricted. However, Chinese citizens are still interested in the blockchain technology underlying the cryptos.

The document, published on September 18th, states that speculation and “mixed” financing in the ICO environment are two harmful elements for the acceptance of these instruments by the Chinese government.

“The bulk of ICO funding is mixed, which is essentially unauthorized illegal public funding. It is suspected that it is illegally selling tokens, issuing securities illegally”, reads the statement.

“We remind consumers and investors to improve their knowledge of risk prevention and to be careful, as they may discover various types of variants of ICOs and organizations or individuals that continue to carry out ICOs and transactions in cryptocurrencies for domestic residents by deploying servers abroad,” warned the People’s Bank of China (PBoC).

China keeps its stance against ICOs and cryptocurrencies, as the People’s Bank of China issued a new warning on these matters

The Chinese government has limited the activities associated with ICOs and cryptocurrencies but acknowledges that it has not been entirely adequate. The authorities have recognized that businesses of this type have given up registering in China and started using other jurisdiction to offer their services to Chinese citizens, illegally.

In addition to the PBoC, the Banking Regulatory Commission, the Ministry of Public Security, the Central Commission for Cyberspace Affairs, and the State Administration for Market Regulation also established an official stance against ICOs and cryptocurrencies. They said that ICOs and some cryptocurrencies are only elements of speculation, full of irregularities in the collection and management of capital, as well as potential scams.

Also, companies such as Baidu, Tencent, and Alibaba have blocked the channels associated with ICOs and cryptocurrencies from their platforms, to comply with regulatory measures and protect themselves from sanctions.