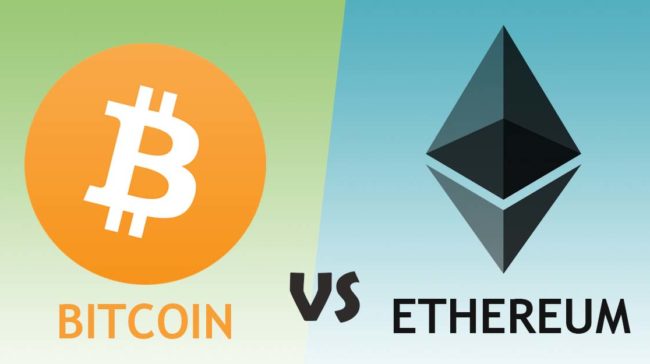 Bitcoin could lose the battler with Ethereum according to the latest reports. Weiss Ratings is a private rating company founded back in 1971 that provides market research and analysis on stocks, ETFs, banks, insurance companies, cryptos and more.

Now, the team behind the company just dropped a pretty bold prediction regarding Bitcoin and Ethereum.

Weiss Ratings calls Bitcoin a one-trick pony that will lose 50% of its market share to Ethereum, within the next five years or so.

The company bases their arguments on the fact that Ethereum provides more use cases compared to Bitcoin with the help of its ability to create decentralized apps and smart contracts.

Weiss Ratings says that Ethereum is “backed with superior blockchain technology” and proclaims that “the limit of ETH’s application is sky itself.”

#Bitcoin will lose 50% of its #cryptocurrency market share to #ETH within 5 years, due to it offering more uses and being backed with superior #blockchain technology. We completely agree – unlike #BTC, which is a one-trick pony, the limit of ETH’s application is sky itself.

In the tweet, the company is referencing a new interview with Business Cloud. The magazine has recently spoken to Ian Mcloed, the co-founder of blockchain-based company Thomas Crown Art who provided his opinion on the future of crypto in general.

Bitcoin could lose half of the crypto market share

“In fact, I think we can expect Bitcoin to lose 50% of its cryptocurrency market share to Ethereum, its nearest rival, within five years…While there will continue to be peaks and troughs on the broader cryptocurrency market, due to its inherent strong core values, Ethereum will steadily increase in value in the next few years and beyond,’ he said.

He continued and explained that unless Bitcoin shows more efforts in the battle to tackle scalability issues and improvs the technology it runs on, its impossible for the asset to catch up with Ethereum over the next five years or so when the crypto market will become more mainst6reamcompared to its current state.

He also highlighted the fact that Ethereum is “light years ahead of Bitcoin in everything but price – and this gap will become increasingly apparent as more and more investors jump into crypto.”

Check out the complete interview here.