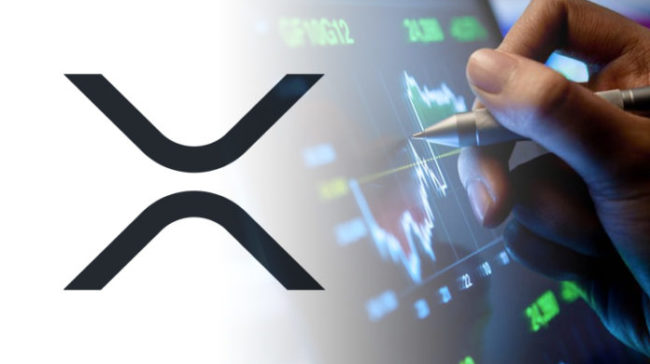 Yesterday, it took 56 minutes for the Ripple’s XRP (XRP) crypto token to skyrocket by about 20 percent, which inevitably caused a big buzz among the cryptocurrency enthusiasts. Behind this recent surge, there were some new rumors regarding a potential Coinbase listing of XRP, the upcoming conclusive decisions from the US SEC regarding the situation of Ripple’s token, and the forthcoming release of xRapid. All these together brought investors into the XRP markets who injected the needed funds for the crypto to rise.

However, at the moment of this release, XRP (XRP) is trading at $0.32 after appreciating by 0.45% more in the past 24 hours. Even though the surge settled down, for the moment, the XRP (XRP) skyrocketing of yesterday was enough to place the Ripple’s token price above the 30 cents per piece.

xRapid is just around the corner

Even though Ripple and XRP (XRP) are two distinct things, as according to Brad Garlinghouse, Ripple CEO, the Ripple’s platforms rely on the XRP and its ledger to function correctly, so there is a common ground. Furthermore, xRapid is the platform based on XRP (XRP), so once it launches, the XRP would be more stable. Also, in case xRapid wins more partnerships, XRP (XRP) will grow.

However, in the meantime, the XRP enthusiasts are getting ready for the launch of xRapid, which is set for next month.

Ripple has serious plans for the future

According to Brad Garlinghouse, Ripple CEO, and Ripple’s SVP of Customer Success, Marcus Treacher, XRP (XRP) would become a mainstay in cryptocurrencies market by 2019.

Additionally, Ripple plans to merge xRapid, xCurrent, and xVia into one single platform that gathers all the essential features and functionality of the before-mentioned platforms. That would be the Ripple’s Convergence network.

Ripple and its XRP (XRP) still growing in the Asian market

After teaming up with SBI Holdings and the establishment of SBI Ripple Asia, Ripple scored some profits, so it’s now planning to expand in the Asian market.

Besides, xRapid is under testing in Asia at various banks and financial institutions, while the Ripple’s xCurrent platform is also undergoing a test in India. Also, Saudi Arabia Bank NCB will join Ripple Net in November.