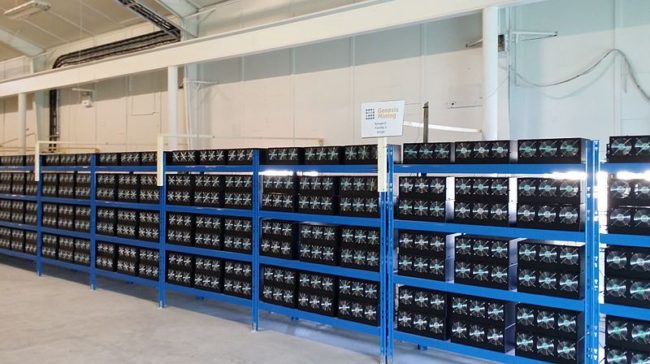 Bitcoin is the best-ranked cryptocurrency at the moment based on its market capitalization. Do not be fooled by that because in terms of profits is not really the best one to mine. There are so many ASIC mining rigs doing this already so there might not be enough space for you too. Mining Bitcoin will not be worth if you do not invest millions of dollars in the equipment needed for that.

If we do not take that into consideration, if you start mining Bitcoin you can be part of the decentralization on the network. Many Bitcoin fans suggest that it is the only decentralized currency thanks to its high levels of censorship and immutability. They consider that running a small Bitcoin mining will become a fortune when it turns into the most secured cryptocurrency.

The long-term potential this project has is huge. According to Alexis Ohanian, one of the co-founders of Reddit has estimated that Ether will be worth $15,000 a token by the end of 2018. He predicts that Bitcoin will be overtaken by it and in the entire cryptocurrency space, Ethereum will be the most valuable asset. Mining Ethereum will become an excellent long-term play if that is to happen. Can Ethereum become the best coin to mine? Let’s see!

Some bullish commentators including Ohanian have been saying that on Ethereum’s top network applications can be built. Such application includes Air Bbn, home sharing apps and Uber as well. If that happens, the Ethereum will have its worth multiplied a lot of times.

The Enterprise Ethereum Alliance agrees with the statements above. It is a group made by some of the largest companies in the world which are focused on testing the blockchain applications which the Ethereum network backs up.

Many interesting companies are interested in Ethereum, and that is excellent news for a future Ethereum miner. That could and should be you!

Monero is one of the most successful privacy coins, and they are already used in the real world. People use them due to the advantages and benefits this cryptocurrency offers, and if you start mining it, you can become one of the happy users of Monero.

Some of the Monero users sell and buy things for Monero using the dark web marketplaces. However, there are legal contexts in which this privacy-focused coins can be used without feeling any guilt.

Moneo is invested in by entire nations who believe in its potential. One of these nations is North Korea. Monero is used but this rogue state in order to evade economic sanctions provided to them by the West.

Monero is at the base of this cryptocurrency. We are saying that in order to underline the fact that you can mine Electroneum as easy as Monero. You can do that by using the wallet itself, and in a matter of a click of a button, you can start generating Electroneum.

The Electroneum team decided that this should be the most original coin on the market to be mine by everyone who wants to. We must mention that has some big goals too. This cryptocurrency will become unbanked, and the team is struggling to make it happen.

Because you can mine Electroneum from your phone and with more and more people to do that, the team is hoping to turn it into the most decentralized coin as well.

Electroneum gives any phone user the opportunity to experience the process of mining a cryptocurrency and be the proud owner of it.

Best Cryptocurrencies to Mine