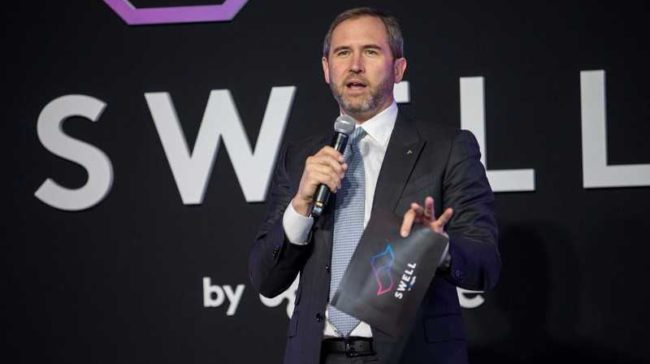 Ripple, the startup behind the third cryptocurrency in the cryptos market, XRP (XRP), is one of the most active companies in the crypto industry, but also within the whole blockchain universe. Even more, the Ripple’s token recently skyrocketed by more than 100% in the past weeks. Now, Ripple CEO Brad Garlinghouse came out, once again, to explain why XRP (XRP) is better than Bitcoin (BTC).

As mentioned above, XRP (XRP) rallied in the cryptos market in the past couple of weeks surging by over 100 percent. Now, the XRP value against the US Dollar stabilized at above $0.5. Moreover, XRP (XRP) even managed to surpass Ethereum (ETH) several times and occupy the second place, by market cap, but only for short periods.

At the moment of this writing, XRP (XRP) trades at $0.52 dropping by about 6% in the last 24 hours. However, there’s no reason to worry much about that slight decrease over the past day because Ripple’s token it’s stable and, just earlier, xRapid platform went live.

At the Ripple’s Swell Conference recently held in San Francisco, Brad Garlinghouse said that the XRP’s technology is much faster and cheaper than any other cryptocurrency and blockchain technology.

Some crypto market analysts and startups CEOs share Brad’s opinion, while others, such as Bitcoin Cash’s Roger Ver, Charles Hoskinson of Cardano and Ben Doernberg of Dogecoin, recommend crypto enthusiasts to move from Bitcoin (BTC) to Altcoin space.