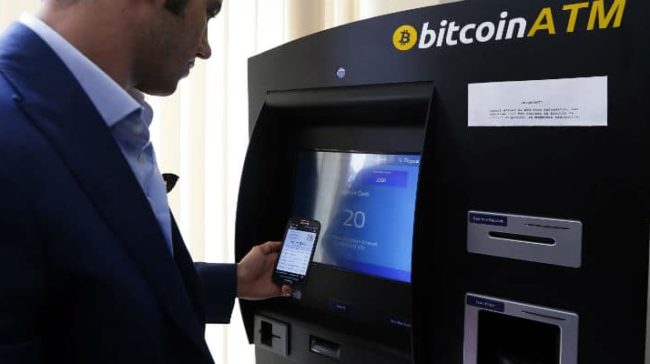 As reported by some representatives from Athena Bitcoin and Odyssey Group, they plan to install 30 Bitcoin (BTC) ATMs by the end of the year across Argentina. In early-2019, the ATMs number is expected to surge to 150, while by the end of 2019, there will be 1,500 Bitcoin (BTC) ATMs. According to the official announcement, Argentina adopted this move to tackle increased inflation.

Athena Bitcoin is a US-based crypto company specialized in the development and operation of cryptocurrency ATMs. They installed the first Bitcoin (BTC) ATM in Argentina in September. Also, another American company, Odyssey Group, announced that about 150 Bitcoin (BTC) ATMs by the end of 2018. However, only 120 of those would be operational in early-2019.

While Athena Bitcoin already emerged on the South American market with 12 ATMs in Colombia, the Odyssey Group is at its first venture in Latin American countries but hopes to expand there further in Brazil, Chile, and Mexico.

For the moment, Argentina is the best country around the world for Bitcoin (BTC) ATMs, given that the local currency is suffering from inflation and lost more than 50% of its value against the US Dollar. The Argentine inflation might increase by 40% by the end of this year, as analysts think.

Also, in 2018 the Bitcoin (BTC) outperformed the Argentine Peso as never before, so Argentina is an ideal market for cryptocurrencies market, in general, and cryptocurrency ATMs, in particular. “Today, the cryptocurrency ATMs in the world are growing exponentially. In Argentina, there were no commercial ATMs, and the idea was to be the first to capture the market,” said Dante Galeazzi, Athena Bitcoin’s Argentina operations manager.

In the end, in comparison to Athena Bitcoin’s ATMs, the Odyssey Group’s Bitcoin (BTC) ATMs would also be able to conduct more conventional traditional banking transactions including depositing and withdrawing in fiat currency and sending money.