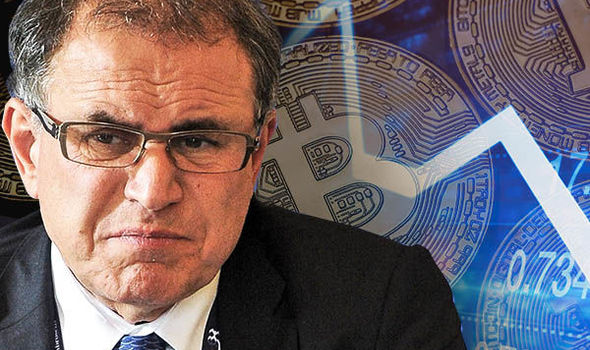 Nouriel Roubini, also known as Mr. Doom, is renowned for his anti-cryptocurrency and blockchain statements. In a recent meeting he had before the US Senate Committee on Banking, Housing and Community Affairs On Exploring the Cryptocurrency and Blockchain Ecosystem, Mr. Doom deemed Bitcoin (BTC) and altcoins as the biggest bubbles and scams in history.

Referring to cryptocurrencies, Nouriel Roubini named them the “mothers of all scams,” while he described blockchain as the most over-hyped technology ever.” He also compared blockchain technology with a spreadsheet and database and said that the distributed ledger technology is as useful as the two mentioned objects, so there’s no need to exaggerate with it.

“Scammers, swindlers, criminals, charlatans, insider whales and carnival barkers (all conflicted insiders) tapped into clueless retail investors’ FOMO (fear of missing out), and took them for a ride selling them and dumping on them scammy crappy assets at the peak that then went into a bust and crash, in a matter of months, like you have not seen in any history of financial bubbles,” said Nouriel Roubini.

Nouriel “Mr. Doom” Roubini continued by giving examples of recent cryptocurrencies market drops and ICOs issues and accusations of scams. He also cited a study that revealed that “81% of all ICOs were scams in the first place, 11% of them are dead or failing while only 8% of them are traded in exchanges.”

According to Mr. Doom, currency to be reliable, it needs to be a means of payment and a stable store of value. Because of the volatility of cryptocurrencies, Roubini thinks that Bitcoin (BTC) and altcoins are everything else but currencies.

“As is typical of a financial bubble, investors were buying cryptocurrencies not to use in transactions, but because they expected them to increase in value. It is so energy-intensive (and thus environmentally toxic) to produce, and carries such high transaction costs, that even Bitcoin conferences do not accept it as a valid form of payment,” Nouriel Roubini concluded.