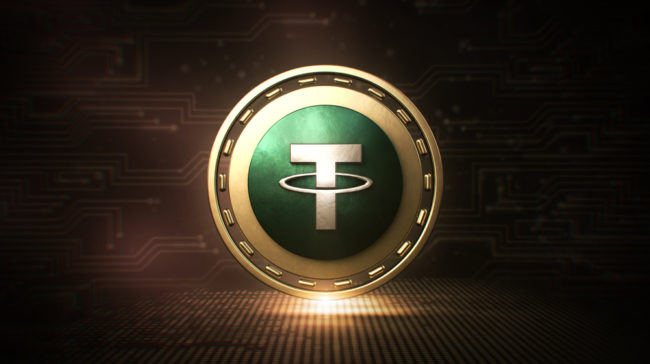 Tether (USDT) stablecoin lost parity with the US Dollar after its price fell to lowest levels within the last 18 months. Earlier today, on October 15th, the stablecoin refused to math with the USD and its price fell to $0.95, according to CoinmarketCap. On Bitfinex, on the other hand, the situation was even worse as the USDT dropped below the $0.90 mark. Would Bitcoin (BTC) skyrocket?

According to CoinMarketCap, the Tether (USDT) reached the minimum of $0.95, while its lowest value was on Kraken crypto trading platform where the USDT plummeted to $0.85, which means a massive loss of parity with the US Dollar, the fiat money that allegedly backs up the USDT.

The last drop Tether (USDT) experienced occurred in April 2017 when its price reached the minimum of $0.92. It took more than a month for the stablecoin to regain parity with the US Dollar. While that was happening, the price of Bitcoin (BTC) skyrocketed to $1,200. According to some crypto experts, that surge helped the BTC jump to $20,000 by the end of the year.

Tether (USDT) price at this moment

What’s certain is that the Bitfinex decision to seize fiat deposits corroborated with the investors’ distrust in USDT reserves triggered the considerable loss of Tether (USDT) parity with the US Dollar. Besides, some crypto news portal went even further to announce the “doomsday” of the most popular USD-backed stablecoin.

Also, taking into the account the last time when USDT dropped, we must keep an eye on Bitcoin (BTC) as it might skyrocket once again.