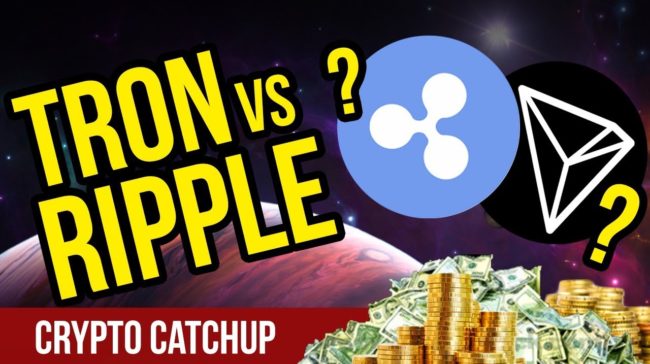 Latest reports coming straight from Tron’s founder Justin Sun say that Tron just reached 1.5 million followers on Facebook. Now, this is the way to start your week, at least for Sun it is.

In a recent interview with Forbes Justin Sun addressed the partnership with Line, he spoke about Project Atlas and also addressed the independence from the Ethereum blockchain.

“Korea and Japan are key strategic markets for us. As you know, these economies are doing a lot of heavy lifting in the tech industry and being available in those markets will let us connect with more partners as well as provide better product integrations for our token holders,” said Sun.

1.5 Million facebook followers at the beginning of this week. Let's move on and look forward to more awesome news. #TRON #TRX $TRX https://t.co/RmfjUivCrV

Tron and Ripple in statistics

According to Google Trends, it seems that the interest in Tron has grown all over the world and managed to surpass both Ripple and Ethereum during the past week. Tron flaunts 76, Ripple, 57 and Ethereum 34.

According to Oracle Times, “one of the reasons for this may be the rumored partnership between Tron and Baidu, the tech IT giant from China which is basically Google’s equivalent there. The partnership has not been yet confirmed.”

Latest reports claim that the Tron team confirmed that a partnership is in the works between them and Baidu.

More than that, on Friday, Justin Sun posted on Twitter that the company was looking to make a move much bigger than the partnership between Tron and BitTorrent and that this new deal would be worth billions of dollars.

Anyway, getting back to statistics, regarding the top ten mentioned cryptos on Twitter, Tron is almost on par with Bitcoin having 1,858 tweets per hour compared to 1,886 tweets for Bitcoin, CoinTrendz reported.

Both Tron and Ripple have been flooding the crypto space with tons of recent developments, achievements, and partnerships despite the slow evolution of the crypto market and the bearish trend that has been lingering around since the beginning of the year.