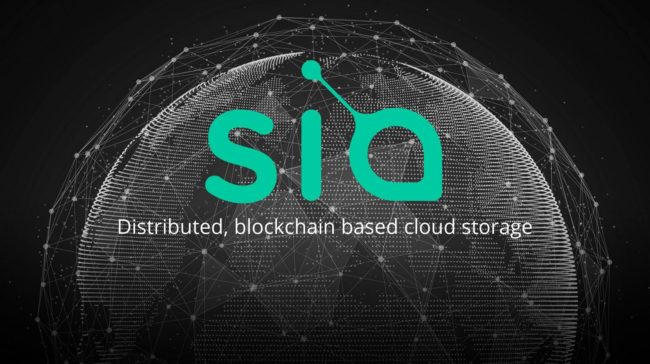 The developers of the Sia decentralized storage platform and Siacoin (SC) announced the release of the new Sia 1.3.6 version. This hardware patch will block the ASIC crypto mining rigs of Bitmain and Innosilicon for the upcoming hard fork of the Sia network set for October 31st.

According to the official announcement, the startup pointed out that this new version includes several important updates that will support the hard fork, so its download is necessary to remain on the Sia network after the fork commences. In another tweet, Sia added that one of the objectives of the firmware patch is to include essential changes in the host selection criteria, to provide a better defense against manipulation attempts, such as Sybil attacks.

The new code will also allow only Obelisk ASIC to mine Siacoin (SC) and its purpose is to revoke the monopoly that Innosilicon crypto mining teams on the network. According to the information provided so far by the company, the idea is to establish Obelisk as the sole ASIC miner on the Siacoin (SC) platform.

With the release of this blockchain update, stakeholders will have to choose to upgrade or continue using the old interface. If this happens, the blockchain would be divided, as has happened with Monero (XMR), Ethereum, (ETH) and Bitcoin (BTC). According to the Sia team of developers, this situation would not have any impact on the functionality of the Sia blockchain.

In this sense, a group of members of the Siacoin (SC) community has already expressed their decision to continue with the development of the original blockchain, once the hard fork completes. To achieve that, they created a non-profit organization, SiaClassic Foundation, which began its operations on October 15th.

According to the group’s leader, Scott Ellis, the disagreement stems from the fact that the hard fork exposes many members of the Siacoin (SC) community at losing thousands of dollars in crypto mining hardware. He considers, therefore, that the decision does not take into account the best interests of the Sia community, and is detrimental to the Siacoin (SC) miners.