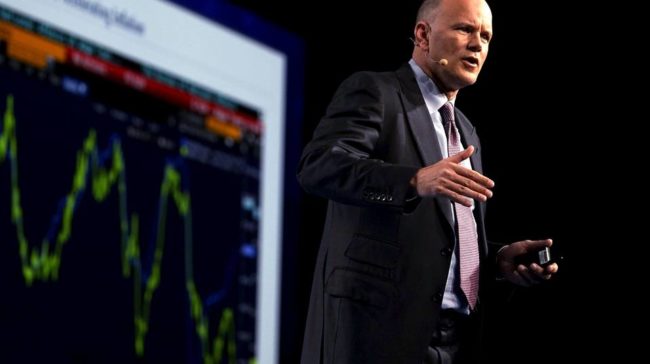 Former Wall Street banker Mike Novogratz has forayed into the crypto ecosystem a while ago.

He has never shied away from making predictions regarding the future of crypto and the value of digital assets such as Bitcoin.

Even if some of his comments and forecasts have come under fire from industry pundits, it seems that the investor continued and issued more comments and predictions regarding this market.

Novogratz recently spoke with Financial News a media outlet backed by Dow Jones and he explained that BTC’s relative non-action is likely to “bite the dust” as 2019 approaches.

Novogratz said that Bitcoin has to take out the $6,800 fundamental level of resistance and support for the crypto and if this happens BTC could reach between $8,800 and $9,000 by the end of 2018.

Novogratz made previous comments on CNBC Fast Money and CNN Money in which he highlighted that there’s an impending arrival of institutional investors.

He also believes that this will be mainly catalyzed by the launch of both Bakkt and Fidelity Digital Asset Services.

The former is scheduled to launch its physically-backed BTC futures contract on December 12th, while the latter still has to publicly reveal a timeline.

Anyway, citing 2017’s cryptocurrency surge, which saw Bitcoin rise from $900 to $20,000 in a year’s time on the back of retail money, Novogratz stated:

“There’s going to be a case of institutional FOMO [fear of missing out], just like there was in retail.”

He concluded by saying that regulation and rapidly increasing interest from institutions will catalyze the next Bitcoin bull run. We’ll just have to wait and see whether he’s right or not.