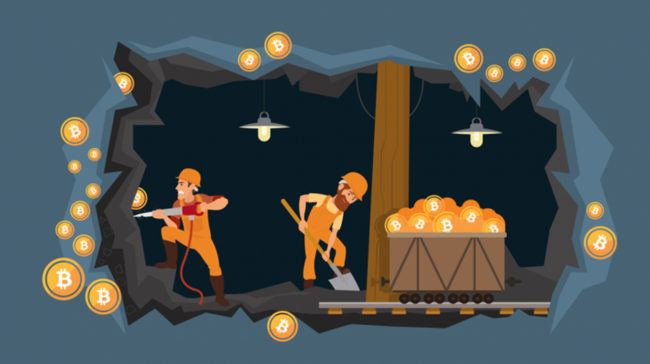 In a study published in Nature Magazine, the researchers calculated that mining the equivalent of $1 in Bitcoin (BTC) consumes more resources and costs more than extracting $1 in gold, by about three times more. The scientists stressed that only aluminum production exceeded Bitcoin (BTC) mining energy consumption.

For their study, Crause and Tolaymat, of the Oak Ridge Institute of Science and Education in Cincinnati, in the USA, took as the comparison variable the amount of MJ (megajoules) required to generate $1 in any of these networks that operate with Proof of Work, as well as in the extraction or production of aluminum, copper, gold, platinum, and other rare minerals.

The researchers found out that, during the study period, the average energy consumption of Bitcoin (BTC), Ethereum (ETH), Litecoin (LTC), and Monero (XMR) was 17, 7, 7 and 14 MJ, respectively. On the other hand, conventional metal extraction and production consumes 122, 4, 5, 7 and 9 MJ, corresponding to aluminum, copper, gold, platinum and other rare minerals.

The next after Bitcoin (BTC), there is Monero (XMR) mining with the second-highest energy consumption with a requirement of twice that energy consumed in the extraction of platinum to generate $1, and almost three times that of gold extraction.

To estimate the energy required to the equivalent of $1 in each of the before-mentioned blockchains, the researchers considered the average daily price of each cryptocurrency and their respective rewards for adding blocks to the chain, as well as the minimum power requirement of each network, leaving out the energy required for cooling systems, maintenance or other operations.

The researchers expressed that in determining the energy demand for precious metals they considered fuel and energy inputs, but excluded the energy required for road construction and the development of equipment for mineral extraction. “Some of this data comes from industry sustainability reports, and others come from life cycle assessments (LCAs) or similar analyses,” they said.