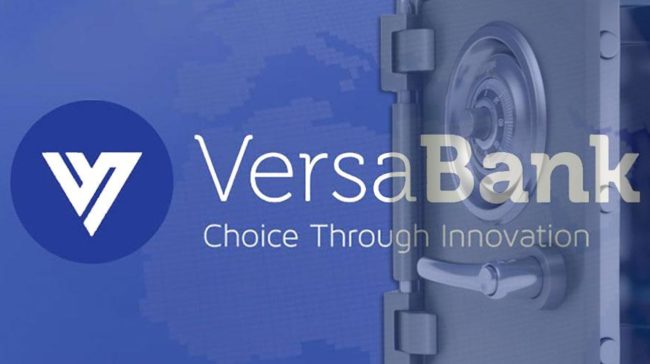 Cryptocurrency and blockchain technology have become increasingly popular for traders and investors, even for institutional investors. However, the conventional banking system is still considering cryptocurrencies as dangerous for the mainstream economy. But that’s not the case of a Candian bank which has announced recently that it works on launching untraceable “digital vault” for cryptocurrency.

According to the official press release VersaBank, one of the Canadian financial institutions, released yesterday, this Canadian bank works on launching VersaVault, a “digital safety deposit box” for storing cryptocurrency. The bank’s representatives said they finished the beta testing phase and that they are close to rolling out the final version of the so-called VersaVault.

VersaBank made the initial announcement on February 2018. Back then, the Canadian bank announced that they are working on developing a “digital vault” for cryptocurrency where people can store their cryptos safely. Now, the project concluded its beta testing phase and the launch of the VersaVault is just around the corner.

“While many are considering ideas and plans for a digital safety deposit box, we have designed and built it, and are now commercializing a first of its kind service,” explained David Taylor, the president and CEO of VersaBank and VersaVault. “The VersaVault will now begin rolling out services to cryptocurrency exchanges and crypto investment funds,” Taylor added.

With this move, the relatively unknown Canadian bank, VersaBank, hopes to attract new customers from the cryptocurrency universe. If indeed their “digital vault” for cryptocurrency would be as good as the bank’s representatives said, then it would be an exciting and unique solution for crypto storage coming from a mainstream banking institution.

For the moment, the cryptocurrency storage solutions rely on startups within the crypto industry with services like those offered by Xapo which also provides physical storage in its Swiss vaults.