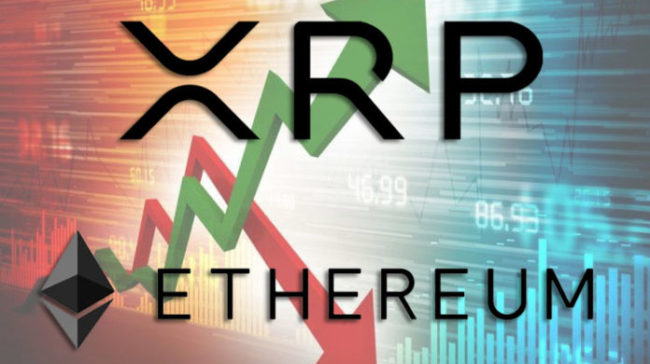 There’s been another bloodbath in the cryptomarket recently, but Ripple’s digital asset seems one lucky coin that’s been pushing through. XRP overtook Ethereum, and it’s now positioned as the second highest crypto in the market.

You probably know that there was a carnage in the markets that wrecked Bitcoin and sunk into some shallow figures this week.

However, Bitcoin is still the number one token even if it fell below $5,400 which is the lowest number that the token experienced in 2018.

Potential reasons for the bloodbath

The crashing market and major sell-off have been attributed by several figures to the hard fork that Bitcoin Cash is going through.

Meltem Demirors of Coinshares, for instance, said that “[any] time there are hard forks things tend to trade weird and strange, so [she thinks] people are trying to take some risk off the table”.

A viable reason for the fall of the market could also be the confusion triggered by the controversial split of Bitcoin Cash which is driving prices and leaving the market in not a very bright place.

Ripple has been enjoying new achievements

The latest addition to the list of Ripple’s partners is CIMB.

CIMB Group, the fifth bank in ASEAN adopts Ripple’s tech and enters RippleNet, the company’s network of banks. This will allow the bank to provide its customers with instant cross-border payments.

Ripple said that the bank will use the blockchain technology in a part of the world in which Ripple’s tech could improve payments’ speed and efficiency.