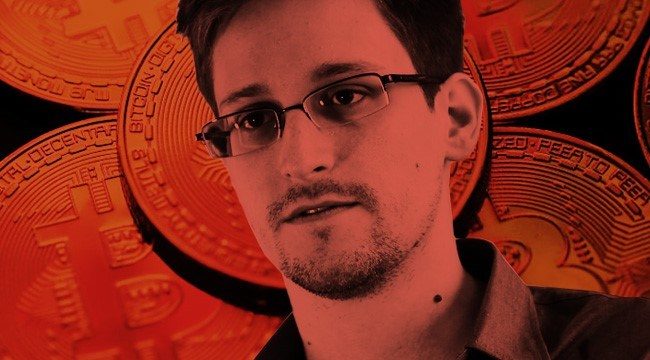 Edward Snowden’s popularity was boosted to the moon when he revealed the existence of PRISM which is the clandestine program of mass espionage used by the US Government against its own citizens.

Oracle Times reported that Snowden was just recently interviewed by Ben Wizner for McSweeney’s magazine, The End Of Trust.

He addressed the benefits that come with the world of crypto and the blockchain tech.

Bitcoin has the potential to change society

Snowden is more than enthusiastic when it comes to the subject of crypto and the blockchain, and he believes that Bitcoin has the ability to change the way in which our society is working.

“Look, the reality is blockchains can theoretically be applied in many ways, but it’s important to understand that mechanically, we’re discussing a very, very simple concept, and therefore the applications are all variations on a single theme: verifiable accounting,” he said.

Snowden doesn’t believe that there’s any takedown mechanism for crypto and in order to create one, there’s need for a global consensus of at least 51% of the network for changing the rule.

Bitcoin is a vital element of our economy

Snowden sees BTC as an essential element of today’s economy despite everything that naysayers have to say and despite the massive price fluctuations.

“Let’s step outside of paper currencies, which have no fundamental value, to a more difficult case: why is gold worth so much more than its limited but real practical uses in the industry? Because people generally agree it’s worth more than its practical value. That’s really it,” he said.

Regarding the value of cryptos, Snowden believes that the only thing that supports it, in the end, is people’s belief in their utility as a means of exchange.

The main conclusion os the interview was that as long as there still are people and institutions interested in moving money without banks snooping around crypto will still be around.