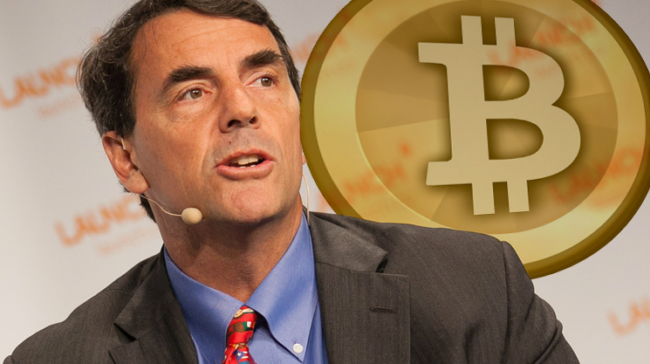 Tech billionaire Tim Draper doesn’t seem affected a bit by the recent cryptomarket bloodbath which saw Bitcoin fall harder than ever in 2018.

The man insists that the global economy will soon be transitioning to crypto. Draper made a bold prediction and said that crypto would eventually take over fiat currencies in order to make up two-thirds of the world’s total currency value.

He highlighted that this shift would become inevitable once crypto becomes more accessible to spend and invest.

“It’s going to be better for people,” Draper said at World Crypto Con in Las Vegas, Forbes reported on November 26.

Draper noted that countries which are more forward-thinking are already realizing that this transition is just around the corner and some of them are currently trying to make this transition a reality.

“That’s why you’re seeing the smaller countries all say, ‘Yeah, we want bitcoin, we want initial coin offerings here, we want blockchain. We want all of these things in our country,’” he noted.

Draper is an unapologetic crypto evangelist, and his bullish BTC price prediction is $250,000 by 2022, as CCN reported.

Crypto is a game-changing revolution

“I tend to move my dollars into bitcoin, because why would I want this currency that’s tied to some political force when I have a currency that is going to be frictionless and global?” Draper asked.

“I would much rather have a global currency than one that is sort of tied to a political force.”

Draper’s plans for the future include raising a fund that’s all about Bitcoin. Earlier in November, he revealed that he’s currently holding that entire Bitcoin stash that she acquired back in 2014: about 40,000 BTC (he bought it at $600 for one BTC).

He predicts that Bitcoin’s fate will be similar to the one of the Internet which came in big waves and then crashed, but after that, it came in much bigger waves than ever.