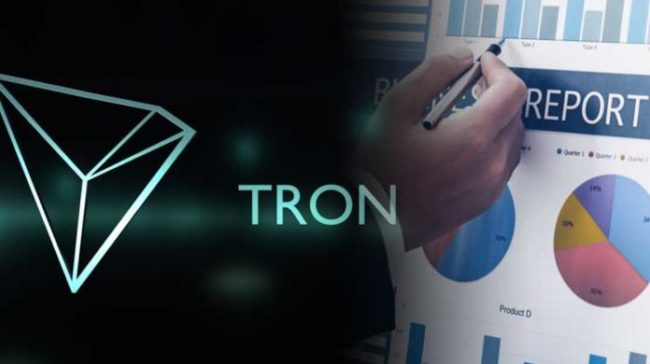 Tron has just proudly published its 46th weekly report of 2018. The blockchain protocol highlighted what it had achieved during the previous week.

This report details that Tron’s single transaction number managed to reach a brand new milestone, the media coverage is enormous, and they gained 4000 new followers.

All that these weekly reports are basically doing is that they’re showing is that they are gaining extended ground, attracting more users, and getting closer and closer to adoption.

Tron flaunts a new record od transaction numbers: it reached 1.84 million, and this means almost three times more than the one of Ethereum which is about 670,000.

After its mainnet launch, Tron’s TRX has been listed on a few exchanges, and during the past week, the Coinsuper exchange listed TRX and also added TRX/USD trading pair.

Regarding the developer community, two community moderators have been recruited on Discord. TronStation web app also got updated.

Tron founder Justin Sun wrote an article on Weibo highlighting how 80 Dapps will get launched on Tron. Tron is also expected to grow by 400% during this month, by the end of 2018.

Cobo Wallet is reportedly working with Tron to make its ecosystem more robust. Math wallet is a secure cross-chain wallet that added support for Tron’s MainNet.

More than that, TronDice one of the most popular games on Tron’snetwork was launched on Cobo Wallet’s newest version.

Tron also confirmed that Sam Harrison who is a managing partner at Blockchain will be speaking at their NiTron Summit in San Francisco at the beginning of 2019, during the same event which will be announcing the Tron Accelerator Plan.

You can read all the details on Tron latest achievements in its weekly report.